For discussion of Lunar: The Silver Star, the original game for the Sega CD
Post Reply
7 posts • Page 1 of 1

I'll preface this with somewhat of a back story. Earlier this year I moved into a much larger house than I had been living in. As part of my decor to decorate the den/office/game room I now have a nice small shelf section that displays all of my LUNAR material stretching back to the SEGA CD releases. I have all the US release titles of every LUNAR game and also the two PS1 strategy guides (I am sooooo glad I went through and bought that LUNAR Eternal Blue Complete hardcover guide new back in the day, as they're worth a pretty penny now). There's a lot of nostalgia with this series and I like to display it proudly.

While I was not fortunate to own the SEGA CD Eternal Blue in it's original packaging my copy of LUNAR TSS on SEGA CD is in it's original long box. One thing I always noticed in the back was a card to order the official strategy guide. I have seen both the strategy guides for auction plenty of times, and not only did the same authors do both guides but I've also noticed that the same company did guides for other US releases on the SEGA CD like Vay and Popful Mail. However I have never actually seen the contents of the SEGA CD LUNAR strategy guides themselves. With there being a recent influx of posts regarding original artwork and articles from the early 90s of LUNAR, did the SEGA CD guides include any artwork that say wasn't utilized by Working Designs or in any other US release material? I do know that Toshiyuki Kubooka did a good deal of artwork for the original titles and it's often a work of piece meal to get it all in one place in high quality (pulling from the manuals, art books, etc).

My curiosity is purely for the sake of seeing more of Kubooka's work. Despite his work from LUNAR being far over his works still manage to stay relevant such as with the Idolm@ster series.
Top

I'm curious about this as well. I'm pretty sure some of the drawings Kubooka did for the Lunar I+II art book found their way into the original Japanese strategy guides.
Top

I'll try to remember to check. I don't think there were any drawings that weren't in the Lunar I+II artbook, but I'll see.
Top 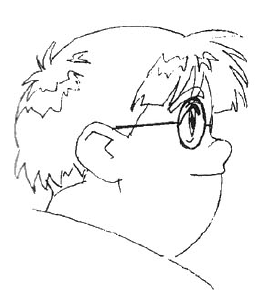 I own a physical copy of the Lunar I+II artbook, and downloaded a scan of the TSS strategy guide. There was one profile of Ramus' head I had not seen in the artbook (the smaller TSS section anyway), the rest are all contained in it, though the color was removed, or simply images from the actual game (again no color). The book is mostly EB, so I'll need more time to cross reference the EB strategy guide. Photo of said Ramus head is attached:
Check out my Ghaleon cosplay!
https://www.instagram.com/myrpgisbetterthanyourscosplay/
https://www.youtube.com/watch?v=KD4TJGk4-yU&list=PLDNfaKncz1YcG_4GbOSuaaUfr9slknXI6

In the guide by Mestron and Arnold there are character sketches on the following pages:

And that’s it for artwork images. All are in black and white in the guidebook.

Ones I did not see in the two artbooks were:
Dragonmaster Alex’s side profile shot, it’s similar to the one in the I+II Artbook however they removed his long hair or it got cut off in printing.
Ghaleon’s Head shot, he’s smiling and I haven’t seen that in either the I+II Artbook or SSS one.
Ramus’ picture is also not in either artbooks.

Thanks for doing that, since I clearly haven't gotten to it... though I did at least pull out the TSS guide recently. Some of the lineart may be in the Japanese TSS guides. I know when I first got them I felt like I was seeing things I hadn't seen before, but that was probably just memory not being accurate. I do feel like I've seen the smiling Ghaleon lineart elsewhere though.

The Dragonmaster Alex one is definitely the same one as in the artbook, just cut off slightly on the right side. Hard to say whether this was intentional or not.
Top

Isn't the smiling Ghaleon art the full-color head on page 175 of the I+II artbook? 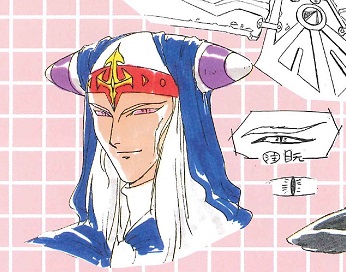 I'm still at a loss for that Ramus pic, though. I dug through some of my Japanese TSS guides and specials and one has a fair bit of lineart in it, but didn't include that one of Ramus, though it did have the Ghaleon head. There are a couple of Nall heads that don't seem to be in the I+II artbook, though. I'll have to check in the SSS artbook later.

An interesting discovery, though, is that one of these attack specials (magazine inserts that came out around the game's release) has screenshots with earlier versions of character portraits for Alex, Luna, Ramus, and maybe Nash and Nall. I'll have to scan it. Unfortunately, it's printed on cheap pulpy paper and is kind of small, so it may be hard to make out much. There was also a screenshot of what the stone circles (MP-restoring shrines) looked like as an actual destination, not just a feature on the overworld map. Wonder if the graphics are still in the game data... Anyway, I need to rescan some of the I+II artbook and I'll scan these booklets at the same time. Whenever that is.
Top
Post Reply
7 posts • Page 1 of 1