Hey guys! I managed to get my hands on the obscure Mega CD demo disc of Lunar Eternal Blue. Since there isn't much of any information on this demo floating around out there, I wanted to try my best to go through and document my findings on the disc. Not only for my own curiosity, but for the Lunar Community as a whole. Feel free to use any of this stuff on the main website if you all want to. I ripped the contents of the disc as a .cue and .bin file so I wouldn't have to touch the disc more than I have to, since I want to keep this thing as pristine as I can. I am currently trying to go through everything I can on this disc. As I find more stuff, I will update this thread. First things first, here are images of the disc! 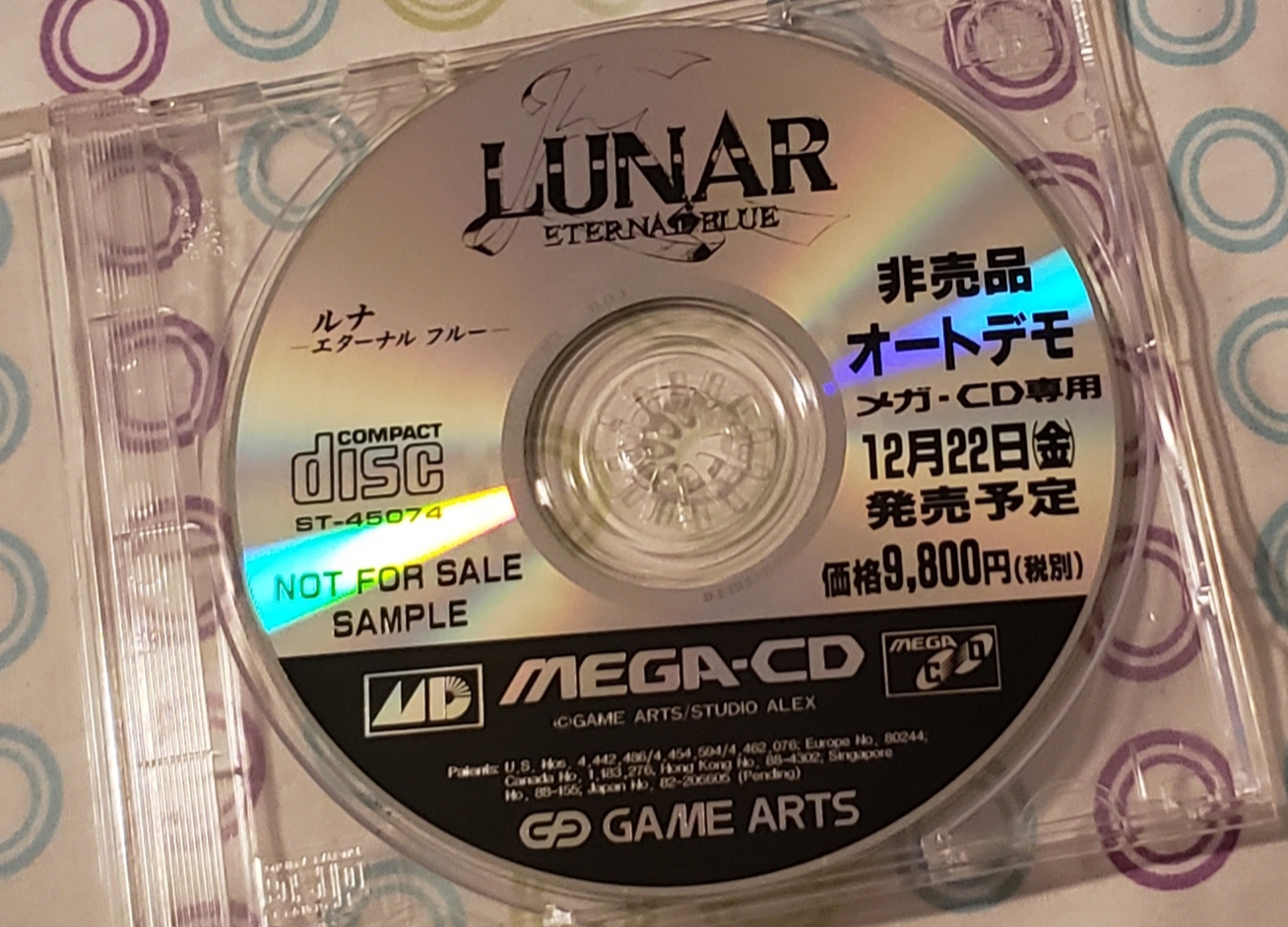 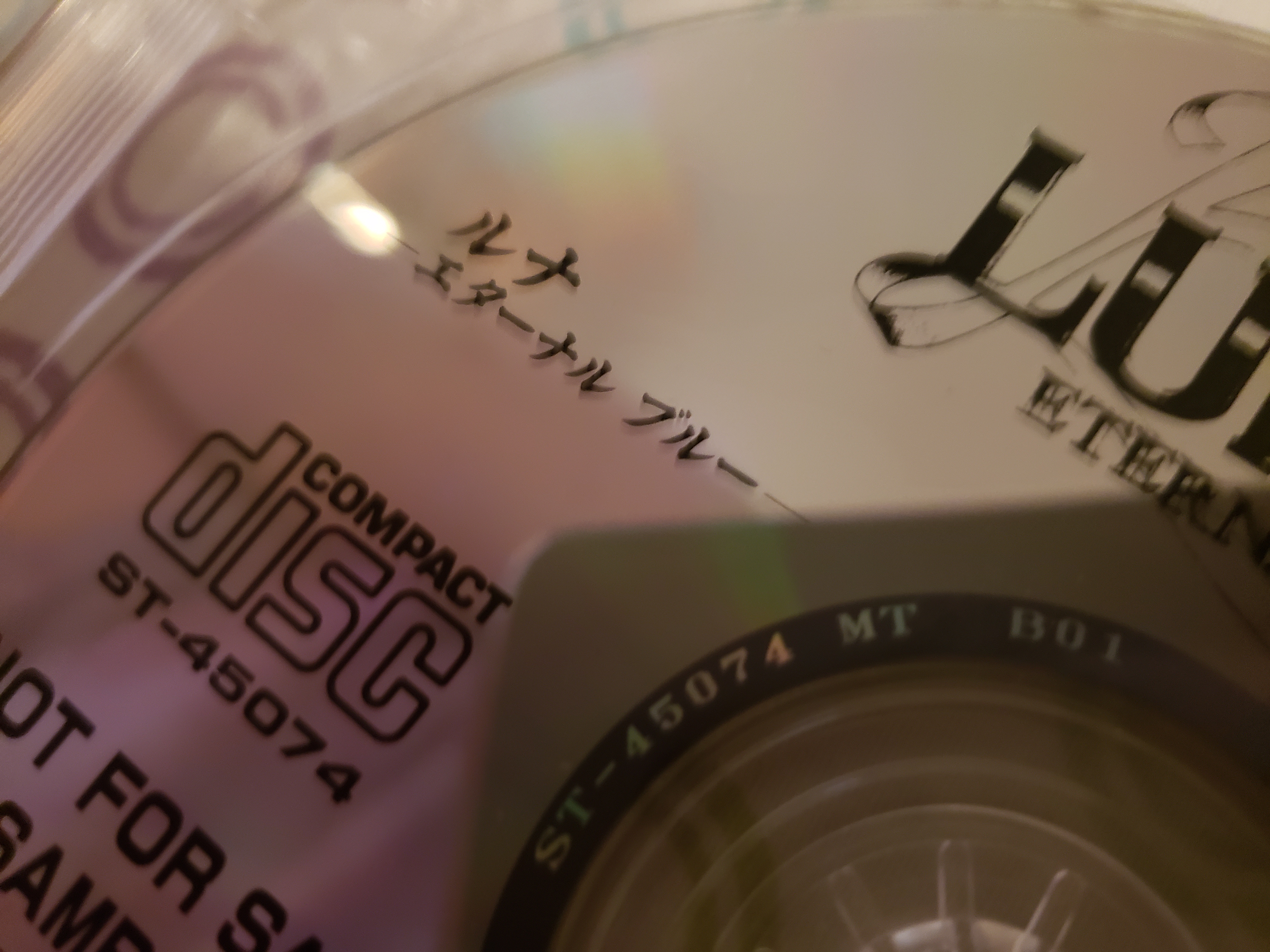 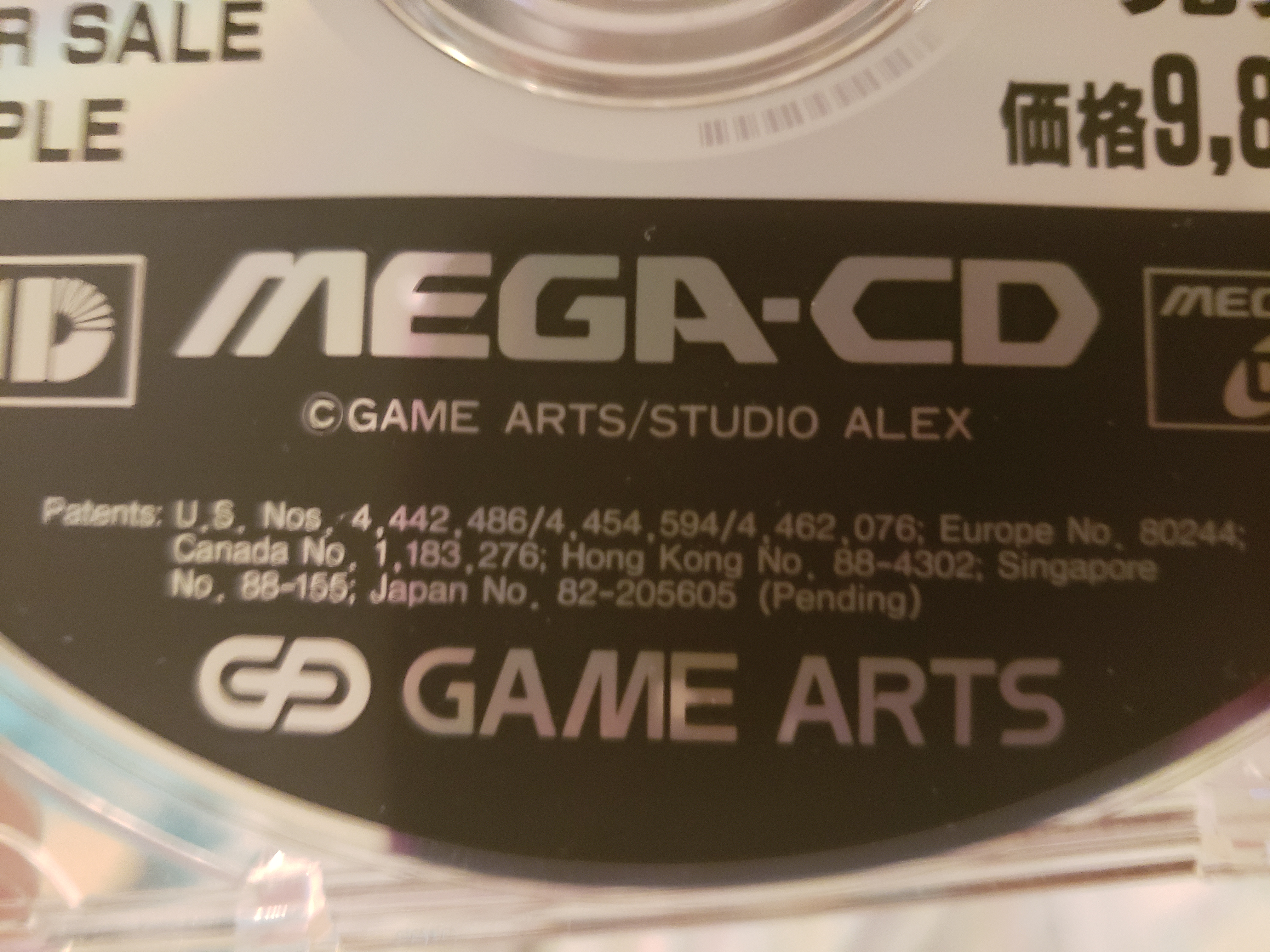 As for what is on the disc itself, I will start by saying it isn't very big in size. So most likely, all that is on here is the video demo. However, I did find an odd thing on the disc I will go over later. So it is possible there is more than just the video, but you can't access it by normal means. If you just try the play the disc on a Mega CD, all you will get is the video. Speaking of the video, you can watch that here:

The disc is only a little over 31MB, so that is why I am guessing there really isn't much on here other than the video, but there could be some stuff hidden on here. 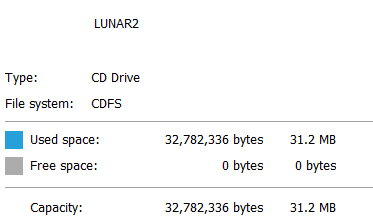 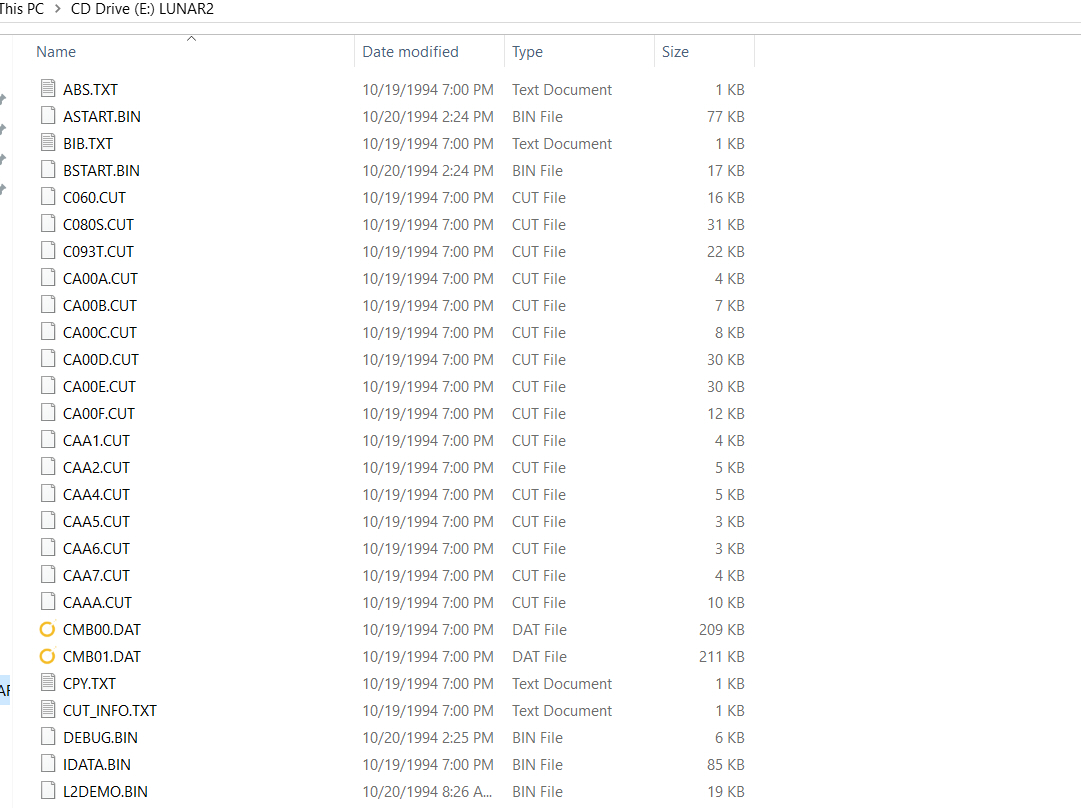 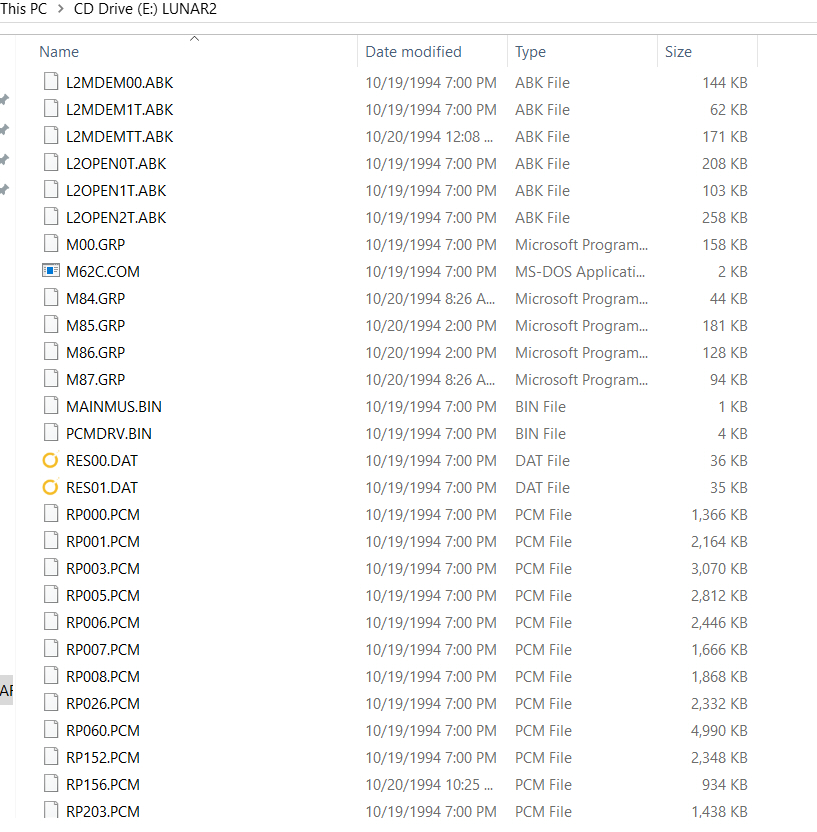 After seeing the files, I decided to open the .txt files to see if anything interesting was in those. I did find something odd in the very first file. Possible left over stuff from Lunar The Silver Star? This is what makes me think maybe could be other things hidden on this disc. I mean, there might not be, but I thought this was odd.

The other .txt had nothing really exciting in them. 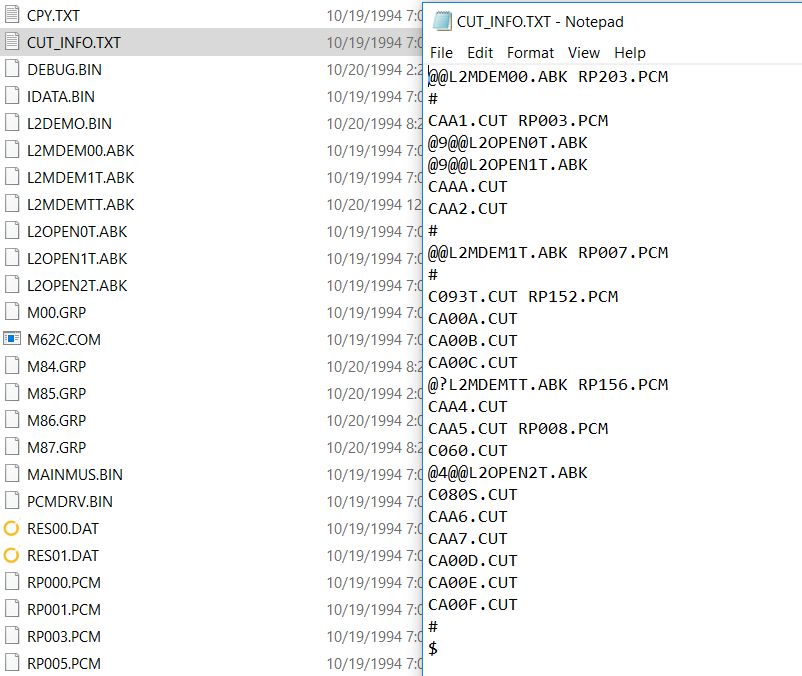 The only other thing I have for now are screenshots of the video itself. I took screenshots of things I thought were interesting and all of the Japanese text, but you can watch the video if you want to see the whole thing. I am not sure how much more this post can handle. I know I probably shouldn't be double posting, but I don't want to overload this post lol. I will post the screenshots in another post. Feel free to merge the posts if this isn't acceptable.
Last edited by Dark_Fairy on Sat Jan 18, 2020 10:40 pm, edited 1 time in total.
Top

Here are the screenshots I took of the video. I took screenshots of all the text in the video. I cannot read Japanese, so I have no idea what any of this says. If anyone wants to translate, that would be awesome lol. Anyway, that is it for now. If I find anything else, I will update this thread! 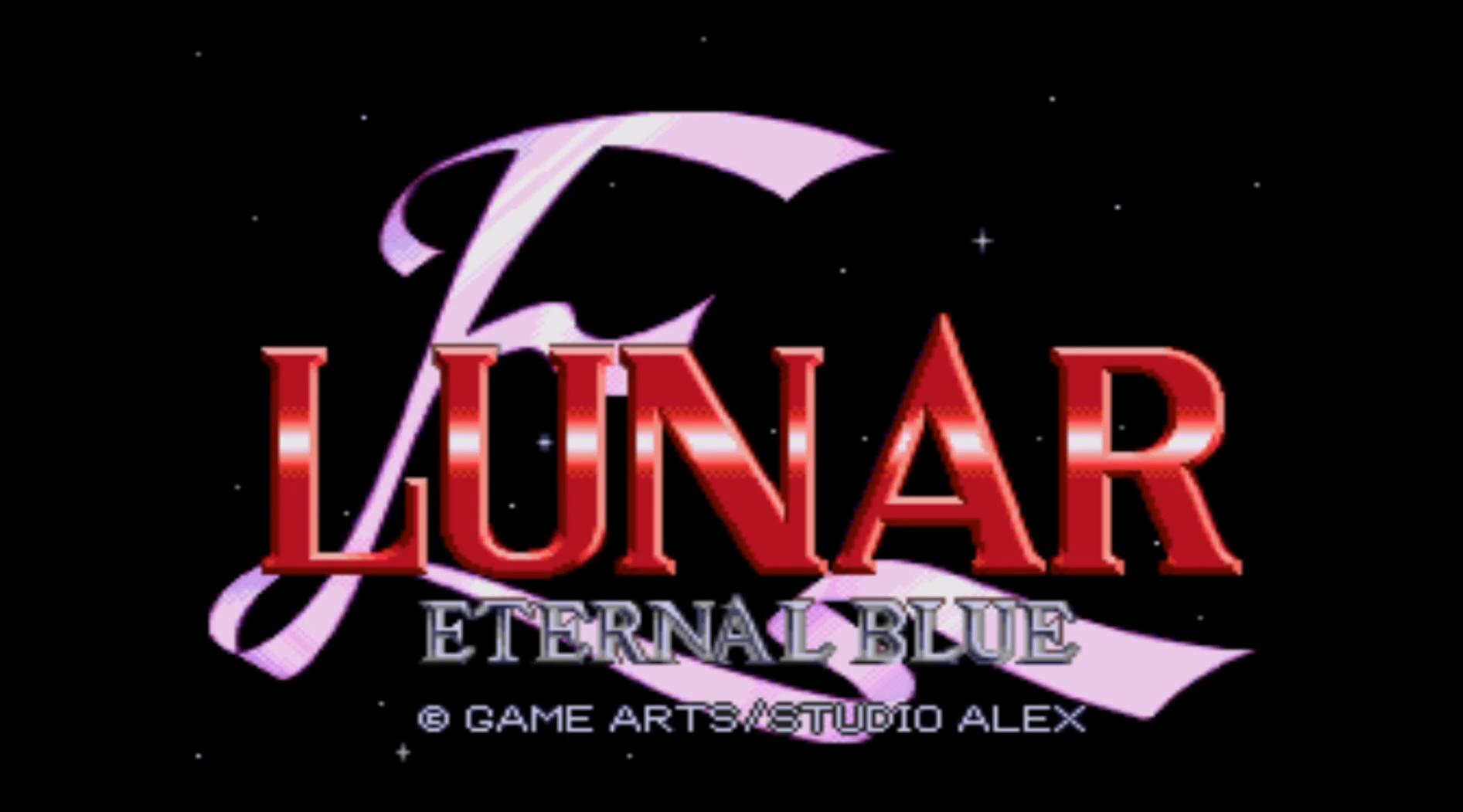 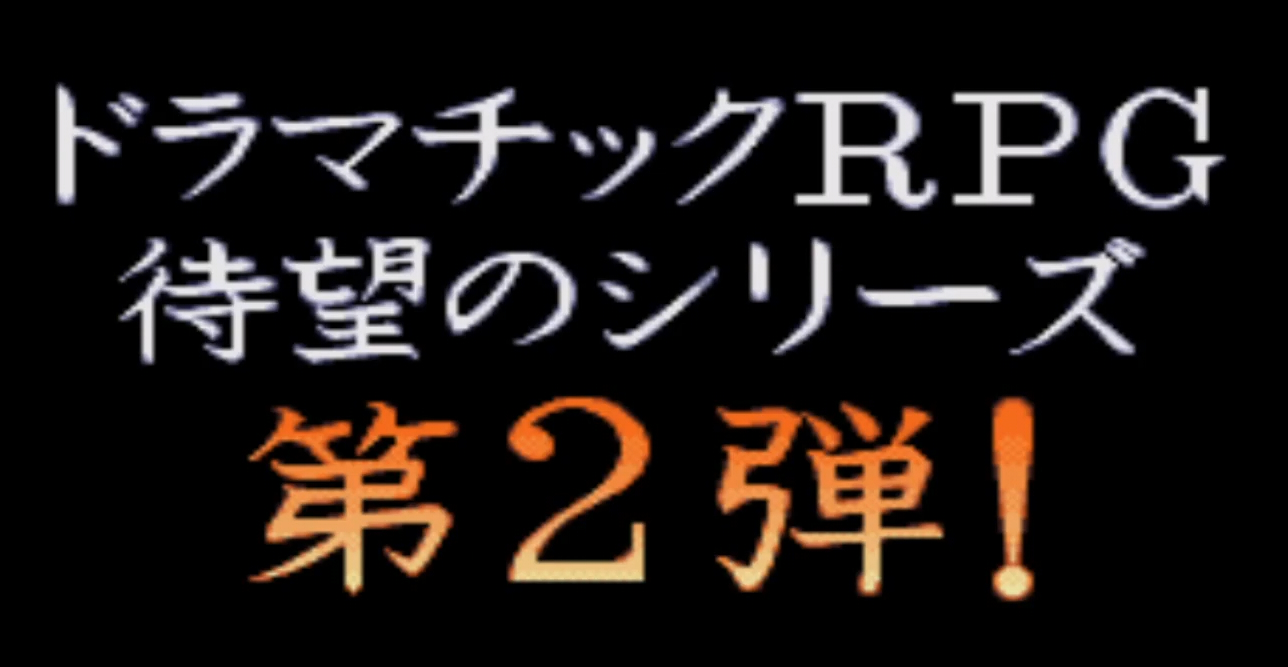 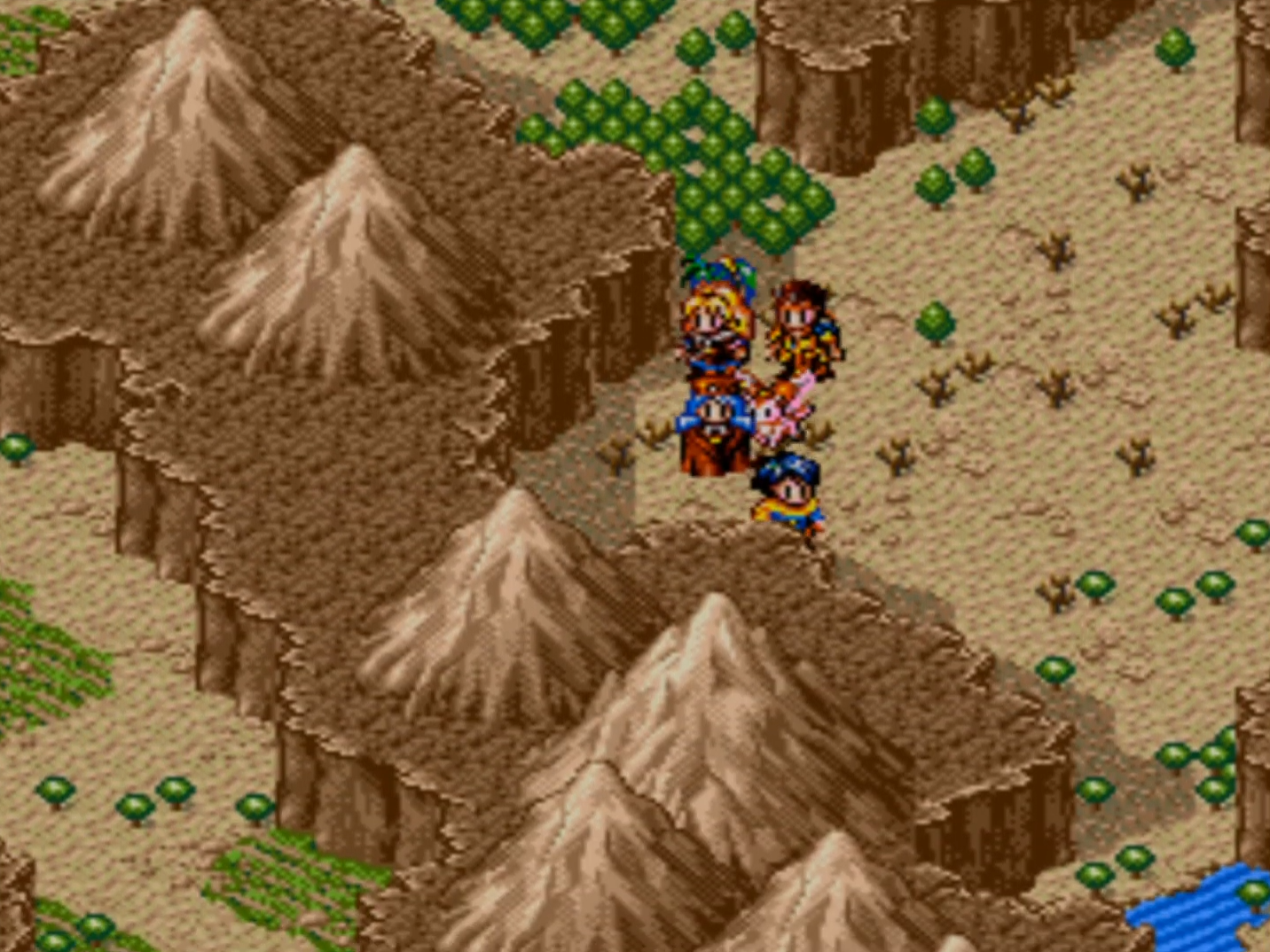 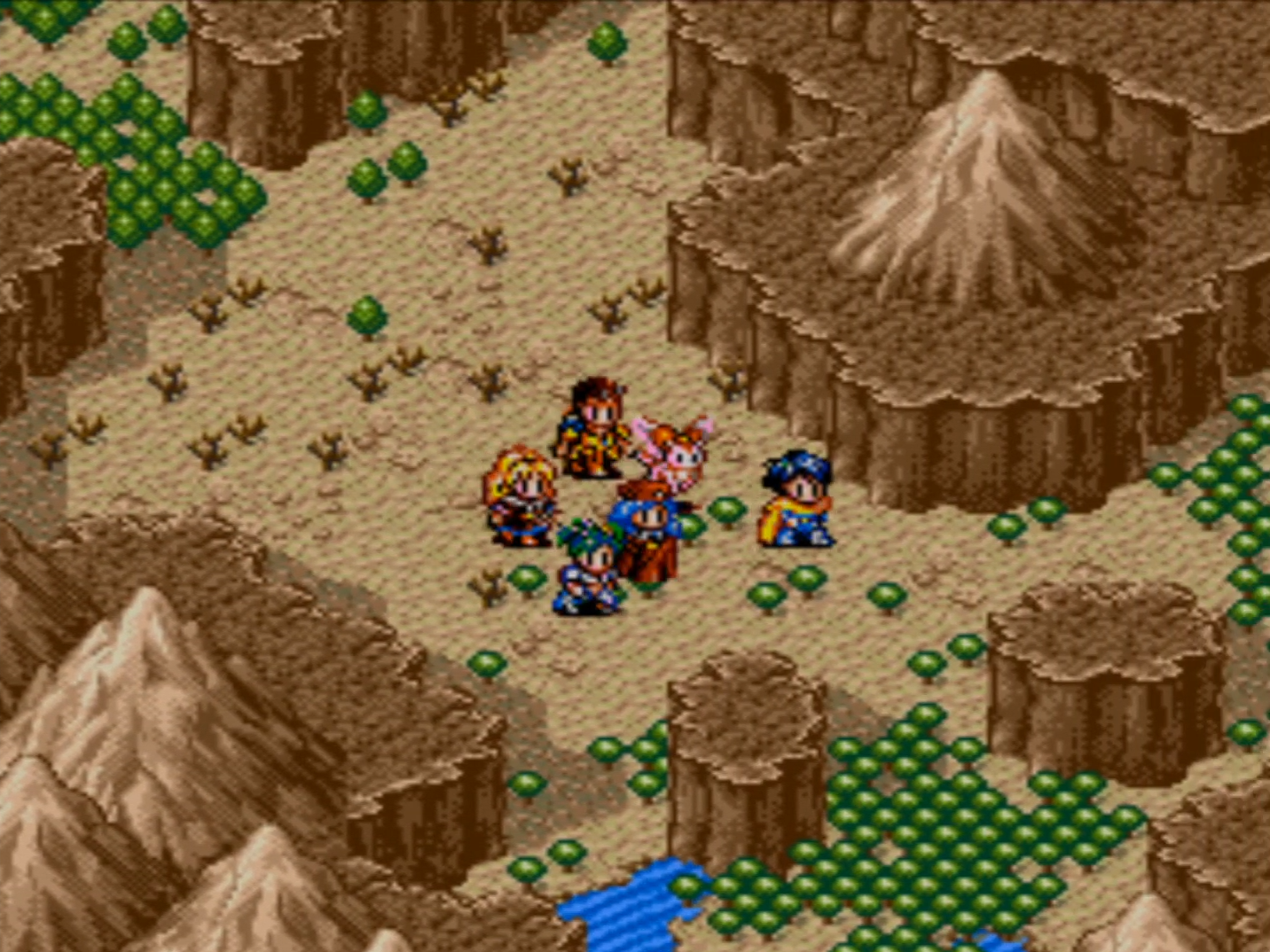 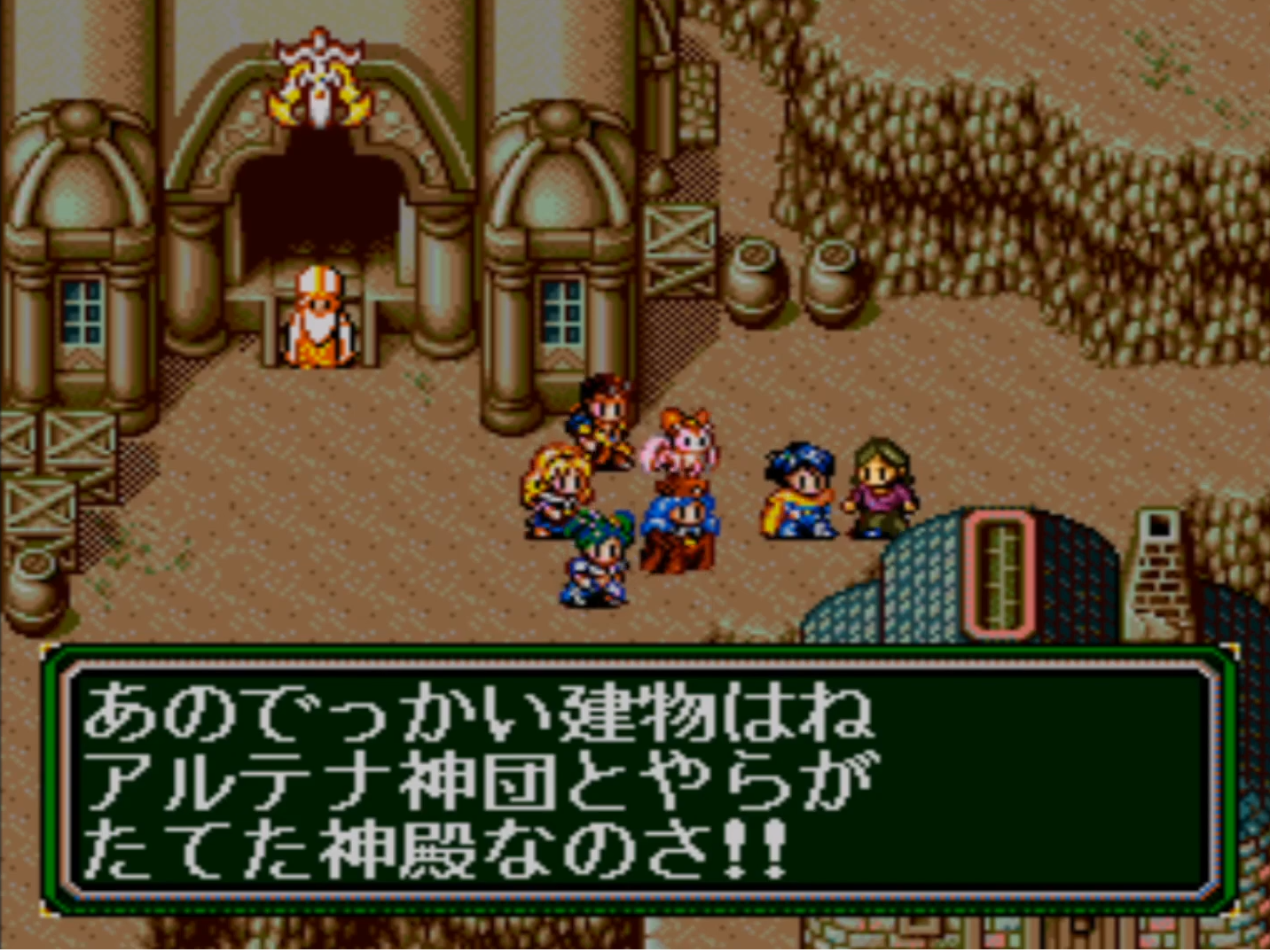 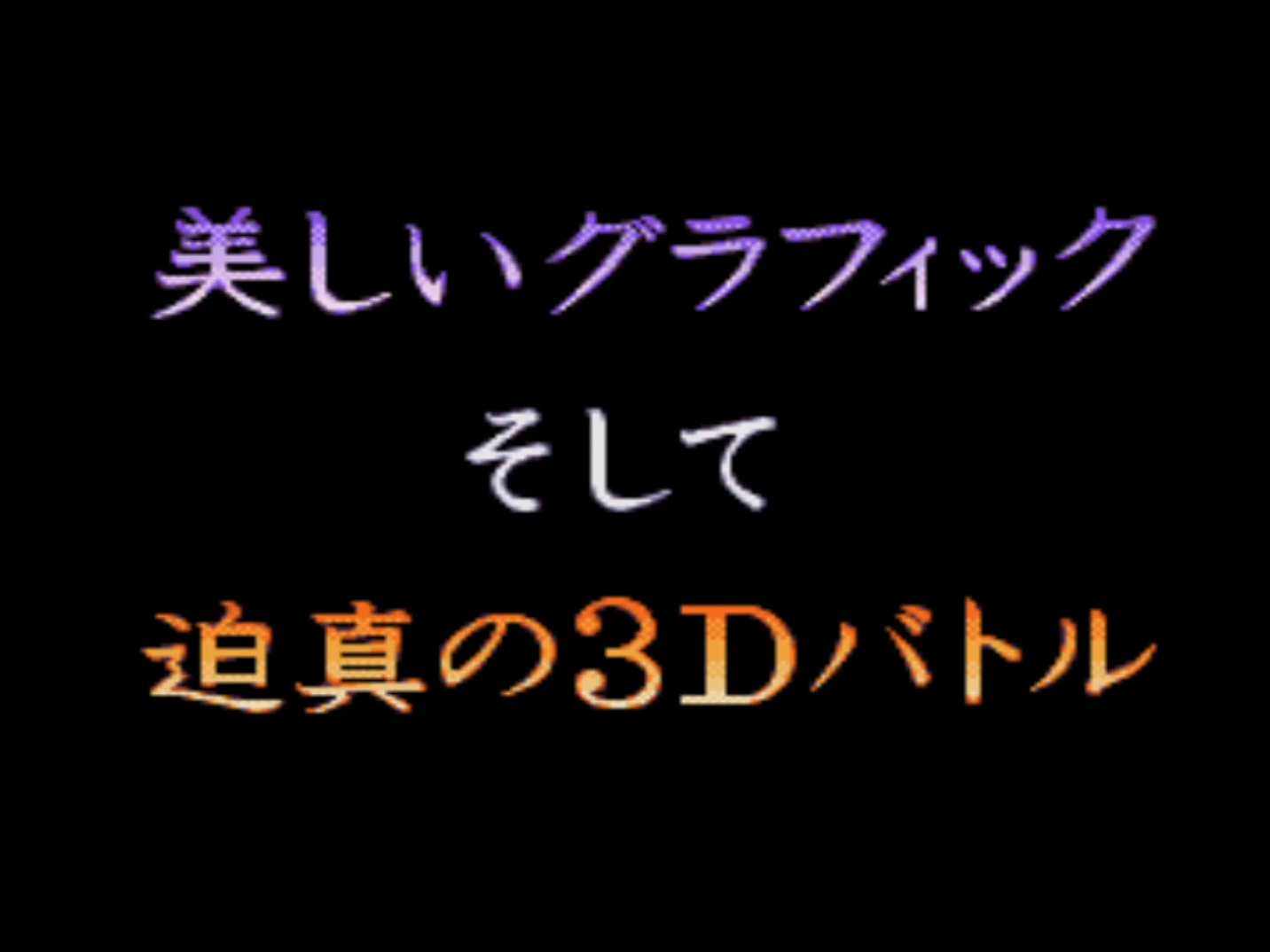 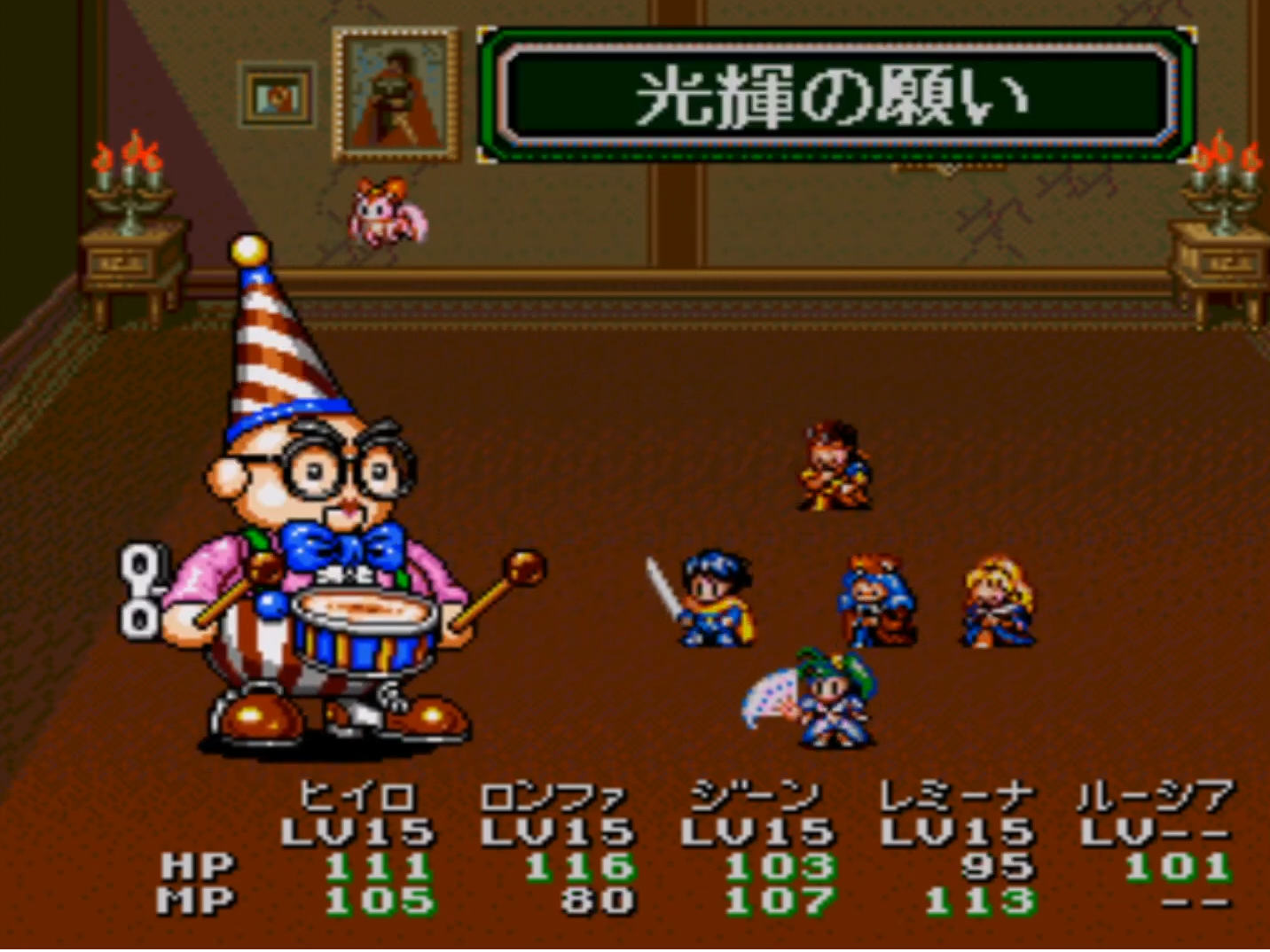 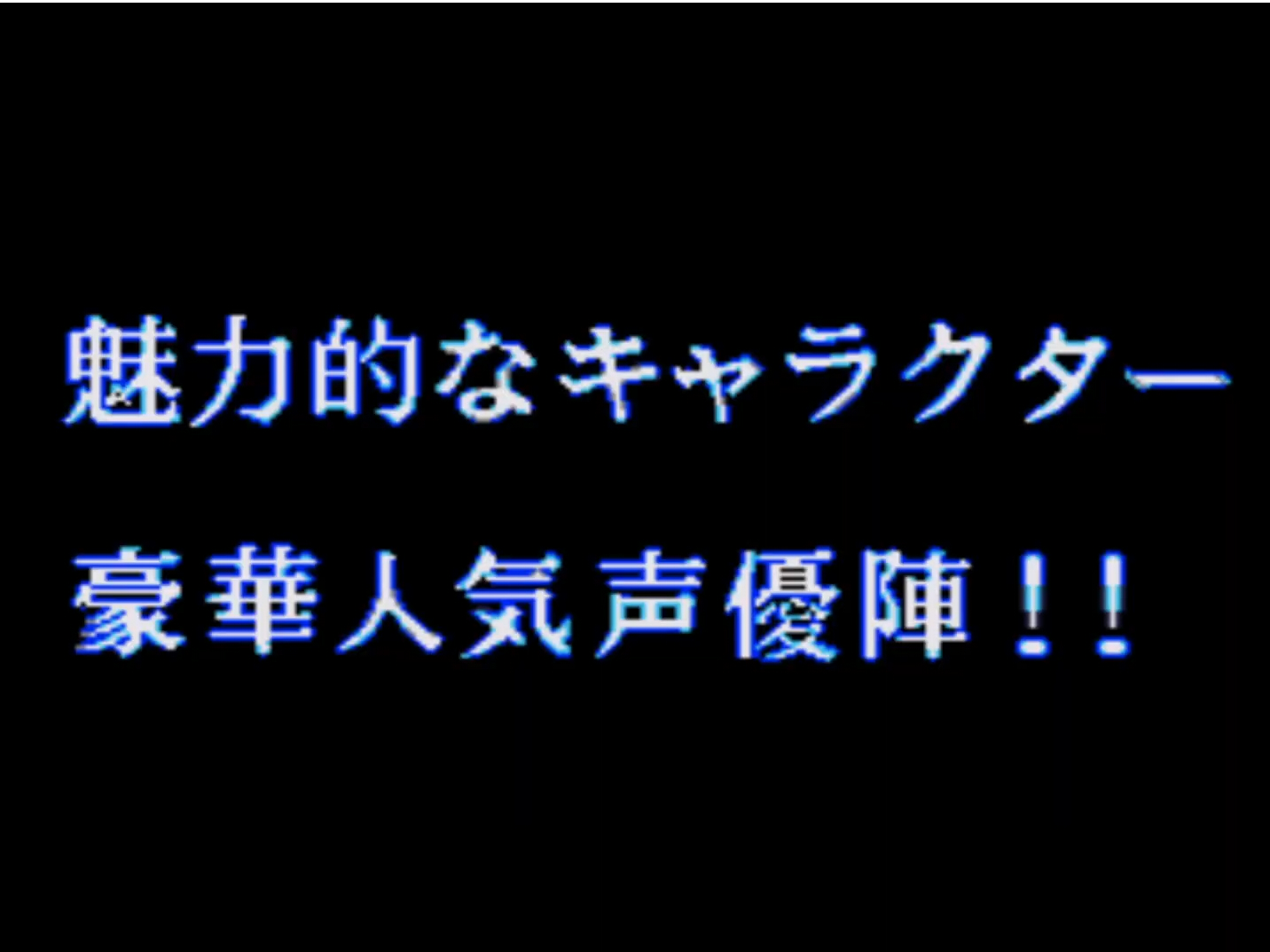 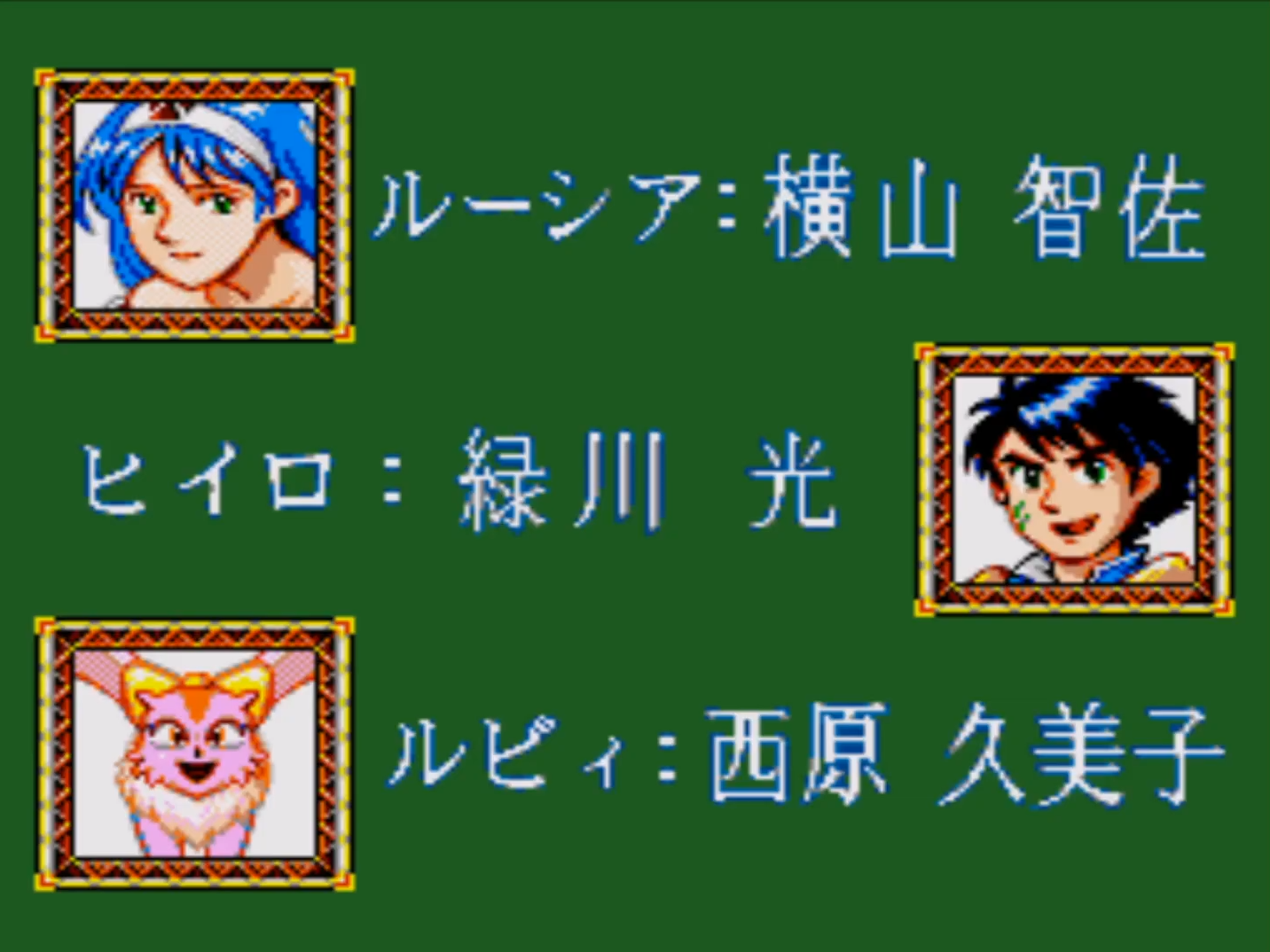 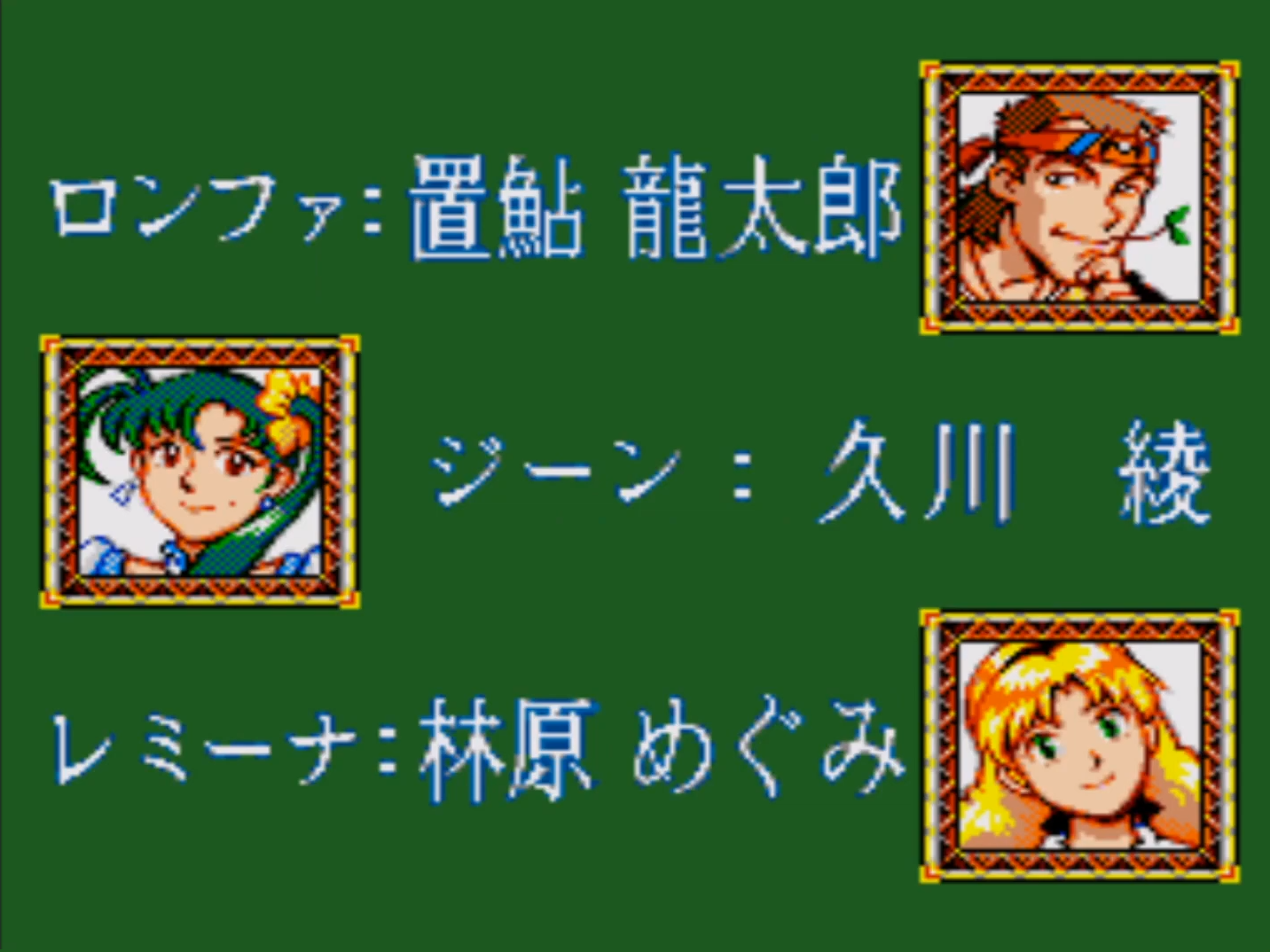 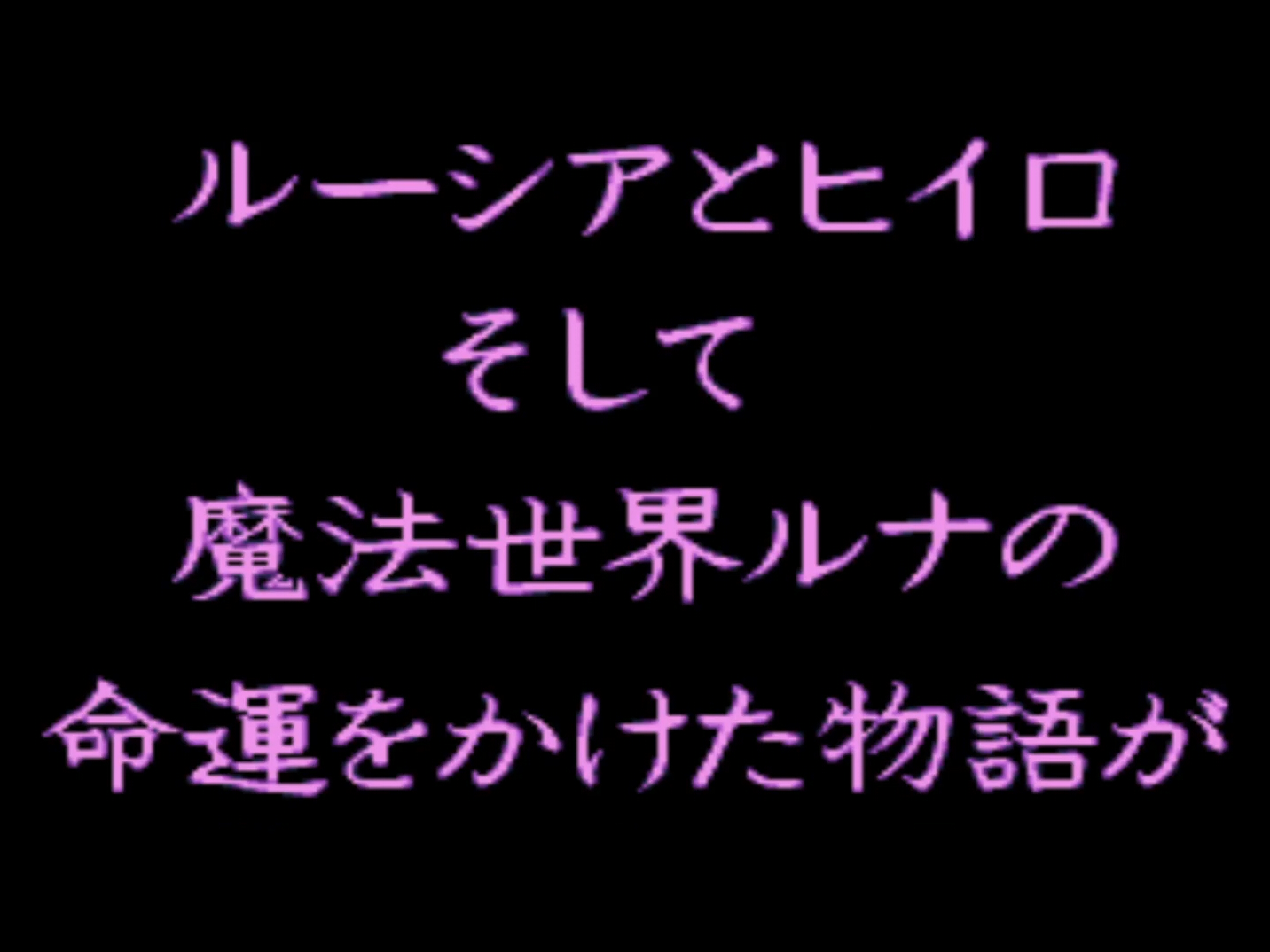 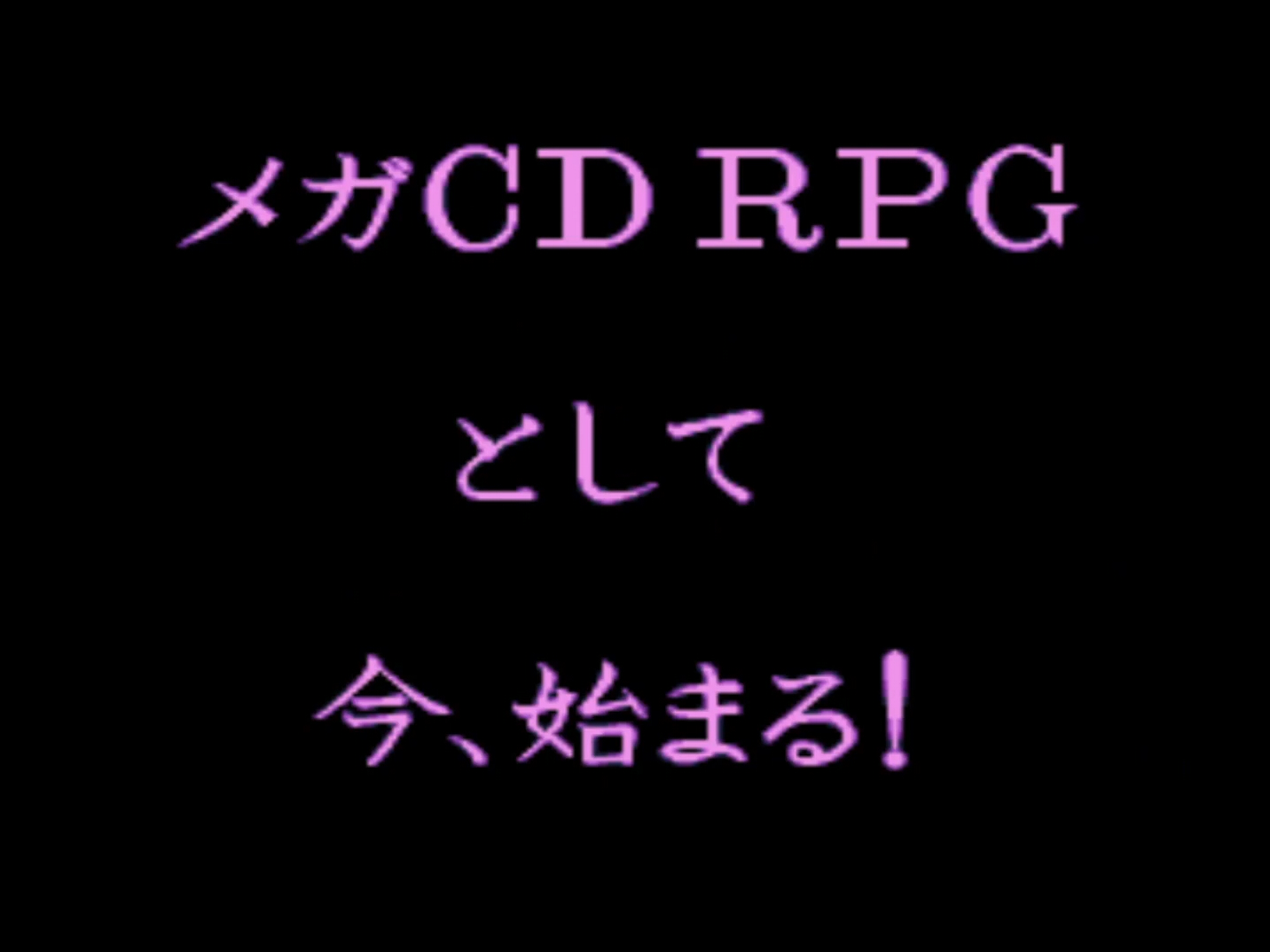 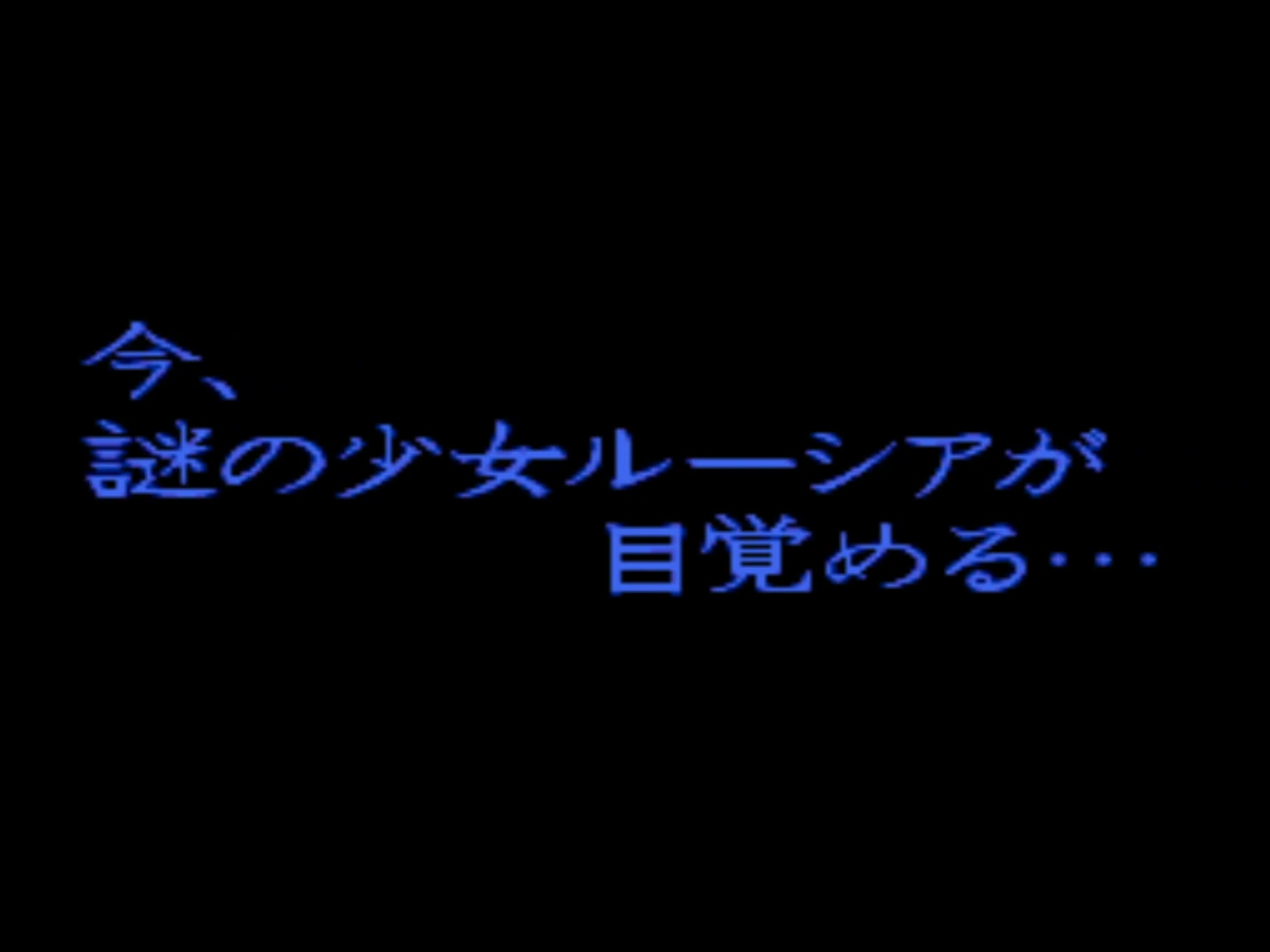 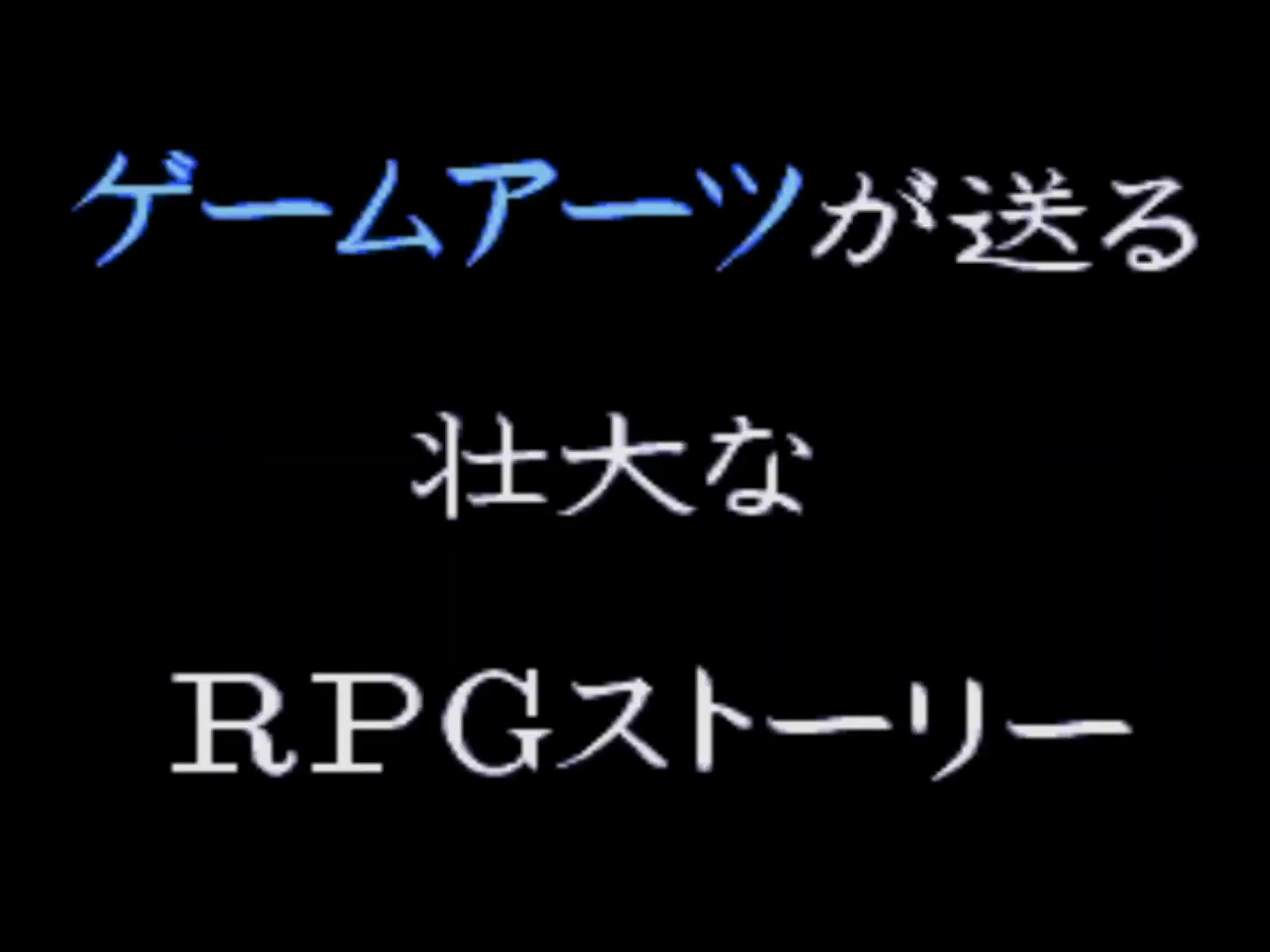 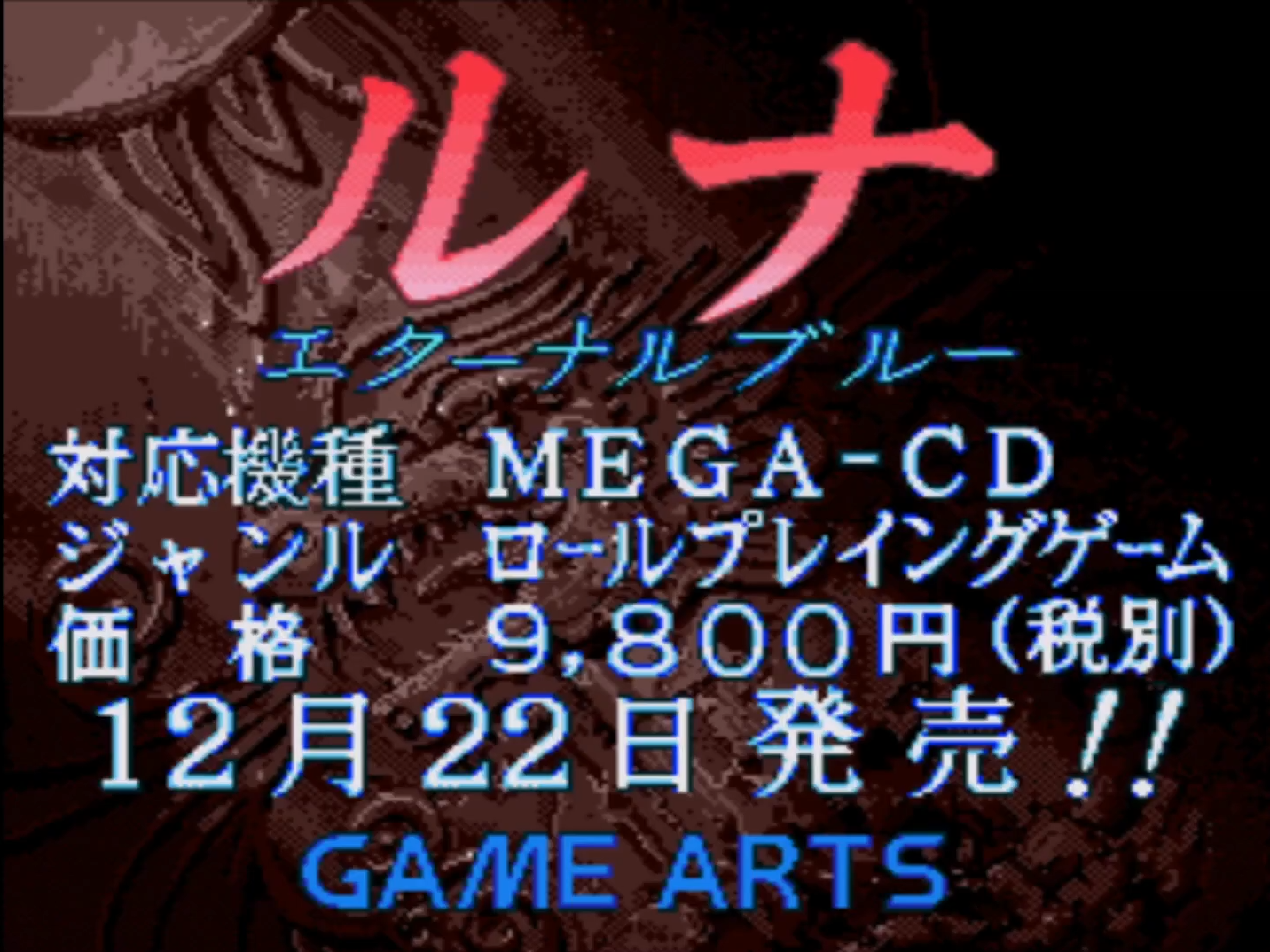 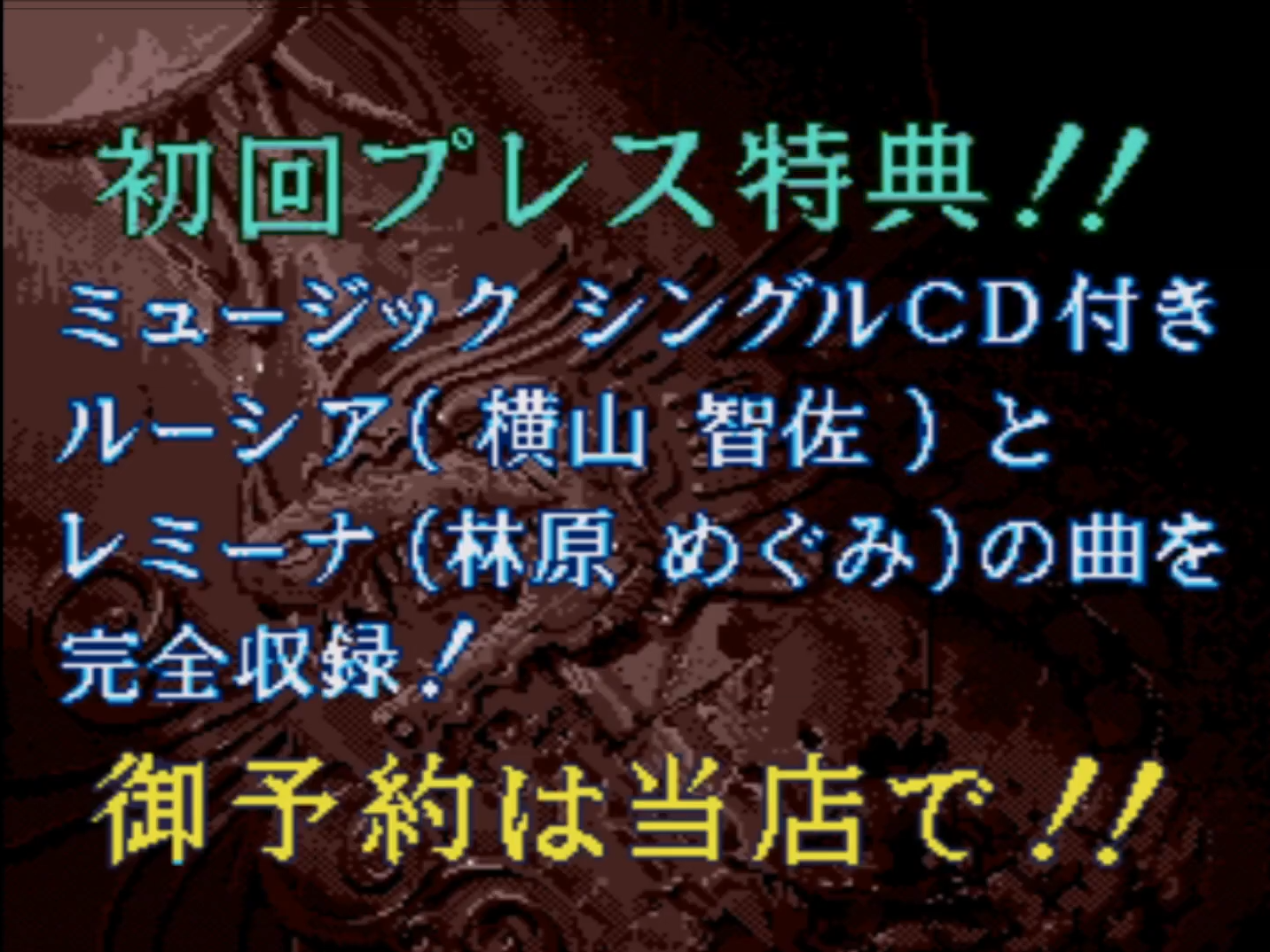 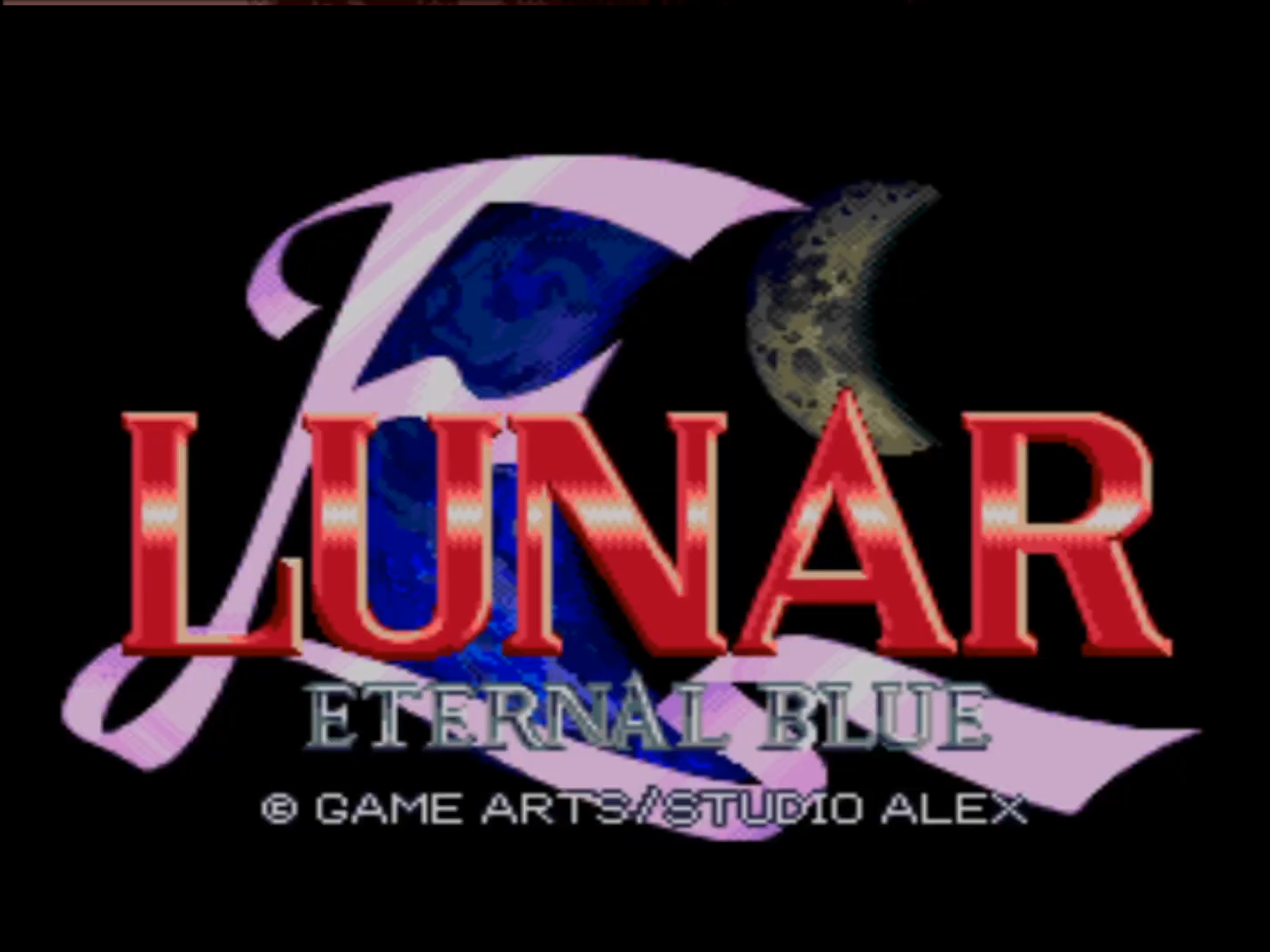 I know we have a thread on this demo somewhere; I remember Shiva Indis pointing out how the character portraits have changed. I thought we had some info on the site too about it, but can't look right now.
Top

There's shots on the main page in the merchandise section. I only remember it because one of the things that always stood out for me was how the characters didn't follow along one another like a train in the main games.

I'm trying to learn Japanese but it's super rusty for me (I thankfully didn't struggle too much when I went to Tokyo and Kyoto last year). Kind of paraphrasing and getting most of the translation likely completely wrong it's saying "Number 2 in the popular RPG series, beautiful graphics and 3D battles (kind of LOL'ed there, since they're just moving sprites around...), join Hiro in the world of LUNAR." and a bunch of other stuff like the voice actress that sings the vocals for songs, and the character portraits are names on left and their voice actors/actresses on right.

That character portrait section is actually fascinating. That looks like it may be fairly decent derivatives of the master raster files before they would be compressed to fit onto screen during text sequences. Compressing those portraits into a smaller size would make them less defined and likely requiring further touching up. I don't believe the files themselves are likely among the files on the CD since they're being shown in a video, but if they were that'd actually be amazing and would be a crazy important set of items to separate and retain for preserving LUNAR. Even in the video they look really good compared to the in game graphics.

I remember poking around a rom of this once - besides the portraits, some of the music used in the background isn't in the final game, but you can hear it on the Prelude drama CD.

There wasn't much low-hanging fruit for non-tech person like me, but I bet there are some interesting things under the hood.
「まあいいけど。」
Top

This is really cool! Thanks for sharing
LUNAR Telegram Group Chat

Users browsing this forum: No registered users and 16 guests