How far along is everyone?

AlexAybara wrote:I just left Meribia. I would've been further along if it wasn't for having to work today. So far im enjoying the game but it is too easy. Also the loading screens are killing me.

The voices also somewhat bother me but that's just probably because im so used to the PSX version voices. The new lyrics for the intro and boat song is kinda cool but I found myself expecting to hear the old lyrics and then hear something else and get kinda messed up by it. xD I like the old version better but wouldn't mind having mp3's of the new version of the songs either.

Also, who else found the "Final Battle" Song for the 4 heroes epic? I really loved how it was, with the Lalala song in the middle of it and stuff. I really felt like I was fighting a final battle and it was only the first 10-15 minutes of the game. It just makes me wish we had a Lunar game with the full adventure of the 4 heroes now.

Right now I'm in Lann. I'd like to finish this part off, but I need to head to bed shortly. Stupid work...
Top

I'm still in Meribia. I'm not having the time to play like I want, BUT I should be able to squeeze some more time in tonight and this weekend. I played for 4 hours Tuesday night and MAYBE for an hour last night? Maybe... oy.
† Final Night †
Top

About to fight the "Dragon Master" off the coast of Lann. Diggin the remake so far

Silver Phoenix wrote:Mickey, you're so dirty. You can't just turn Lunar on without playing with it. You're such a tease!

Haha I went through the prologue but had to get sleep after that. I'm hoping to get some time with it tonight.

And I agree with the other comments on the four heroes battle music. Very epic.
-G1
Top 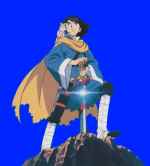 Where am i currently? Staring at the PC screen looking at Amazon and where my game is currently at in America

I like hearing where everyone is though. When people mention specific places, i recall what they looked like in TSS and SSSC and I look forward to seeing them all over again in a different view...
Visit my Youtube site!!
LiquidPolicenauts YouTube Videos
Top

Silver Phoenix wrote:Mickey, you're so dirty. You can't just turn Lunar on without playing with it. You're such a tease!

Haha I went through the prologue but had to get sleep after that. I'm hoping to get some time with it tonight.

And I agree with the other comments on the four heroes battle music. Very epic.

Well you two just enjoy your time together. And don't wake the neighbors ok? XD *Laughing*
And your babe Lunar is not a it. It's a female that needs your loving care.
Top

Im about to head out of the WDC and back to Burg. I would've played more, but Im trying to show the game to my gf so she can get the plot from it, and she's only home on Tuesdays and at nighttime between 7-10 pm X.x

I really like the guide. I was somewhat annoyed and somewhat relieved the Bromide locations were moved mostly to Ramus' shop. There were a few I couldn't get on the original (somehow I always missed them) and Im looking forward to a full set.

And the Rememberizer is called the Reminisce now. ^^;

I borrowed my little brother's PSP, turned the game on, then realized that I had to go to sleep. I just fought the opening battle and saved in Burg. I am also put off by Althena's voice and some of the dialogue but look forward to the rest of the game. Unfortunately, my crazy life will probably not accommodate time for video games for a couple of weeks. In fact, I probably don't have time to be writing this post right now

Speak with you all soon. Adios.
Top 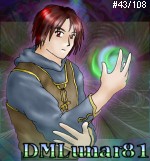 GhaleonOne wrote:I turned it on? Haven't had much time do anything more than that honestly.

You've gone further than me. I haven't even turned on the PSP with the English Version UMD in the PSP yet. I have to pick it up from EB later today. In the Japanese version however, I need to meet Phacia and then am off to the Cave of Trials.
Top

Well, now I'm at the Cave of Trials. I'm loving everything about this remake thus far! I also think Xseed has done an excellent job translating it. ^_^
Top

Just reached Damon's Spire. Been playing it on my lunch breaks at work. xD

-----
"Perhaps you should demonstrate the power which gives you such confidence. Then we shall see who is fit to be supreme ruler, and who... is dead!"
Top

ShindoW wrote:I really like the guide. I was somewhat annoyed and somewhat relieved the Bromide locations were moved mostly to Ramus' shop. There were a few I couldn't get on the original (somehow I always missed them) and Im looking forward to a full set.

*sigh* They weren't moved to Ramus's shop and the WD version was not the "original". The WD version of the Japanese original had some of the bromides in different places. The PSP game has them in the same places as the import Saturn, PC, and PS games. I don't know why this is hard to grasp.

I haven't gotten my own copy yet, but I played a reviewable up to just after the Saline Slimer and I still have my saves from that, so I'll pick it up from there tonight.
Top

I was pretty positive the Vile Tribe ones werent availible through Ramus' shop in WD's SSSC. Is that correct?

I'm not trying to be a pain, Im just under the impression that WD's SSSC is different from the Japanese SSSC. Apparently that's wrong and SSH is just using the locations of the versions before SSSC?

Sorry for getting impatient with you. I'm catching up on a few days of posts all at once and so it seems like I keep reading the same thing over and over.

That's a little bit of a simplification -- there are some changes to HSS's gameplay, and not only the obvious addition of Legend's Arts Gauge and item use and Magic School's HP and MP refilling at level-up. But for the most part you could use a guide to any version of the Japanese SSS to play HSS and the only problem you'd have is the map layouts.

Oh, to answer your first question, yes, the Vile Tribe bromides are not available from Ramus's shop in SSSC; you get them from NPCs at specific points in the game. I think the only ones besides those that were changed were Jess 2 and Mia 2. Luna 2, Jess 4, and Mia 4 were added to the MPEG Saturn game (weren't in the very first release of SSS, on Saturn) and weren't changed by WD; they were relatively hard to get already, and for some reason Jess 3 and Mia 3 were left at being easy by WD (who didn't even realize that they were tied to paying off Ramus's debt, as I recall).
Top

Okay so I am in Lann now. But I have a question (possible spoiler to those who have not played up to this point) to those that have played SSC and have gotten this far in HSS. Okay so when I was in Vane I spoke with Royce... I don't remember seeing Royce in Vane (at the magic guild) at that point in SSC. Can you talk to her in SSC when you first get to vane.
Top

Response to spoiler: Yes, in the same (approximate) location.
Top

I'm at the part where I have to capture some fluffy bugs so that the inventor can make a giant balloon.
Top

Just got the dragon wings from Laike. And I must say (spoiler!)  the scene with Ghaleon in the White Dragon Cave was done so well! I think I perfer the way it was done in this one. Lol, I really gotta put this game down sometimes...I haven't been reading like I usually do. All day at work that's all I could think about: playing this game. And when I'm not playing I'm listening to the soundtrack, lol.
Top

Really havent gotten too far yet as I just made it to Saith. I'm just slowly taking in all things Lunar cause who knows when we'll get this feeling again

Gamewise, it's nice so far. The whole prologue thing was just ok but I did like that battle music between them! I didn't like Dyne's voice at all however...

I really like the whole package itself. The outer box was bigger than expected but nice. The soundtracks was kinda flimsy in a slim cd case with no back insert but at least we GOT a soundtrack cd

Manual is also pretty nice but, I gotta say, after all these years, it's very odd to see some characters' last names. Alex Noa, Nash Rumack, Laike Bogard...whew! it's gonna take me awhile to get used to those lol
Visit my Youtube site!!
LiquidPolicenauts YouTube Videos
Top

I'm upset they dropped Kyle's last name from all mention. I swear to keep it alive.