While much of Eternal Blue's backstory (The fall of the Blue Star, and the sole individual left to safeguard it) was in the PSX game, word of the Blue Spire's location was not. I think.

Also, the Red Dragon's last words fell along the lines of "Our souls are eternal, so we will meet each other again," possibly hinting at Ruby, though that may only leave room for more questions (so Red is reincarnated, but not Quark? WTF?!).
As for Nall's reaction, perhaps it may implied that he realized that this Red was...well, those Dragon had to come from somewhere, right?

Again, more questions, but we can discuss more about that on a later time.

While this was also mentioned in the PSX game, SSH does make it clear to you that the four Dragons WILL NOT be coming back from the Grindery...alive, at least. In their current state.

GhaleonOne wrote:If I ever had the time, one thing I always wanted to do for this site was compile a complete list of all the quotes from every book in the series, just so quoting the books from Vane, Damon's Spire, etc. would be easily referenced.

Way ahead of you, man!
I'll get right on that! (I had it completed some time ago, but I can't seem to find it on my computer...odd...)
Top 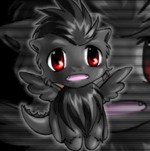 whitedragon_nall wrote:Maybe an EB remake will give us a prologue that takes place in the 1000 year time span between 1 and 2....and we get to play as Nall and see what he was up to before Taben's Peak. Could be a good chance to explain about the dragons.


I love that Idea, Maybe show how Nall gains human form and how he deals with Loosing Alex and co plus other Friends since he lived so long. Maybe even throw Alice and Phacia in there somewhere. then finally explain who Hiro is and where did him and Ruby come from. i mean its doable, nalls so Old. His story could be in Century Gaps. they could even have him hibernate for 800 years it still works.

OOO or Alex and Luna's Child is a Demi-God/Goddess and someone Hijacks their power.. so many possibilities. Or even their Child turns out Evil after learning of their power In a Ghaleon sort of way, Im not Evil but i wanna rule the world because i hate the way its ruled?.. hm maybe i should write for Xseed lol
I Dream of a better world. A World where Chickens can Cross Roads without having their motives questioned!.
Top

I am 100% certain this quote from SSH is about Zophar

"The will of the ONE, which threatens the existence of Lunar and feeds on
wickedness in the hearts of men, was the very power which once destroyed even the
great Blue Star. Though sealed away in the furthest reaches of space, his influence
shall never fade as long as darkness thrives within the hearts of men."
Top

Ok, I had been thinking in terms of the games. It just didn't connect.
Top

The "its" shouldn't refer to the Blue Star, it should refer to Lunar. It's saying that the Blue Spire is in the far west of this world. KF

If that's the case, then in the second part, how can Lu... be in the one on Lunar, and not the one on the Blue Star?

Unless there's a Blue Spire on both?

There IS a tower on the Blue Star that functions like the Blue Spire...its the tower that Lucia resides in. I don't think it has a formal name, but I call it the Crystal Spire, in reference to the transport crystal Lucia is suspended within.
Also an expert on the Phantasy Star tetralogy, Ys, Star Ocean, Dirty Pair, and most things Universal Century Gundam

Visit My Backloggery to keep up on my gaming exploits!
Top

Shiva Indis wrote:By the way, anyone notice on the credits pages in the booklet that the translator dedicated his work 'to his son, Layke'? I'm impressed.

I have recently gotten confirmation that he did indeed name his son after Lunar's Laeik. I think this beats the two or three people here (myself and DragonmasterLou and/or PrettyGirlJean, I forget which) who had Lunar music in their weddings.

*makes a note to self to include LUNAR music when he gets married someday* I hope I can talk my girlfriend Alicen into it if we do wind up getting hitched.
Also an expert on the Phantasy Star tetralogy, Ys, Star Ocean, Dirty Pair, and most things Universal Century Gundam

Visit My Backloggery to keep up on my gaming exploits!
Top

Well, I dunno. Maybe if she looks like Lucia, then...

Don't blame me, Lucia promised me lots of snuggles and cuddles if I would be her PR guy.