I just received word that the father of a very good friend of mine killed himself tonight. I'm heading out his way first thing tomorrow to do whatever I can. Anyway, I'd appreciate any advice you guys might have, as well as any good words to higher powers if you believe in such.

Sorry to be such a downer.

Simply be there for him.
Oh, hey, a YouTube channel
Top 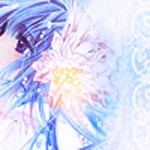 Im so sorry to hear that.

I dont know any advice to give you. Just like Ardent Fox said just be there for your friend, maybe try to think of the good times?
Top

... Oh sweetie, I'm so sorry. Surviving suicide is brutal. The best thing you can do for your friend is assure him that he is not alone.

... the loss that comes from suicide never truly heals, but the support of loved ones helps ease the pain...

... if you need someone to talk to. I did this for a living.
The Infamous Jenner!
Maker of Lists.
RIP Coley...

That's sad. My own father either killed himself or was murdered. There are some rumors going around my sister was at fault cause she wanted money... but nobody could proove it. The authorities decided it was suicide.

When this happened I was shellshocked... and I didn't really want to talk about it. I'm not sure how your friend will react... but try not to force them to talk about it if they don't want to... and be there when they need a shoulder to lean on. It's really hard to talk about death... let alone if your dad killed himself or was murdered...
Top

The main thing that comes to mind is that your friend will probably be feeling guilty on some level -- the "if only I'd done X this wouldn't have happened" thing. Reassure your friend that this is not the case, because it almost certainly isn't.
Top

Like people have said, all you can do is be there for your friend in any way he/she needs you. They're probably going to be in a state of shock or autopilot numbness so your presence is best in itself. Good luck and I'm sincerely sorry for your friend and their family.
Top

I agree with everyone here to follow your friend's lead. Listen if they want to talk, give them silent support if they don't, and let them know you're there for them no matter what. They'll be in my prayers tonight.
This is either madness, or brilliance- Will Turner
It's remarkable how often those traits coincide- Captain Jack Sparrow, Pirates of the Caribbean: Curse of the Black Pearl
Top

Thanks for the advice, guys. We pretty much just hung out and watched South Park and anime, and he vented a little.

He's doing a lot better than I thought he'd be. Just relaxing and trying to keep his mind off things, and I loaned him Phantom Brave for this purpose. I think he just wants to be alone for the weekend, so I'll probably try to go see him again next week sometime.

You should at least give him a call during the weekend to make sure he's okay. Not saying he wont be, but I'd at least make sure.
Oh, hey, a YouTube channel
Top

Seems like people around here are having some bad couple days. My condolances to your friend and you...

I'm not really sure what to say since I've only been on the other side of the fence, having almost killed myself about six years ago-- worst mistake I could've ever made. No matter your feelings and only under extreme circumstances do you not hurt someone else by your own selfishness... All I can say is... just be there for your friend and make sure he doesn't start spiraling into that same empty pit. If he appears to be doing well he could very well be handling this (maybe he was expecting it or maybe he's just better at accepting and coping than others) or he might be hiding it all inside. Either way, he will find a way to sort through this himself and as others said, the pain will never go away but he can learn to live with that pain.

Users browsing this forum: No registered users and 28 guests