New users, post your introduction to the forums here here!
Posters leaving for or returning after an extended period of time, feel free to post here as well!
Post Reply
10 posts • Page 1 of 1

How are you? This is my intro I guess.

I've been a Lunar fan since Sega CD but I've only played the American releases.

But I never finished the DS game. I lost the game and got mad and never replayed it... @_@; But anyways...

My favorite Characters are... almost every character for their own reason. Except Borgan. Blah! That's the only character I could really hate.

I might not like Zophar either. Awesome bad guy... but a really bad guy. As for Ghaleon... I can see his point of view... and he's just plain awesome. :3

I like other stuff besides Lunar of course. I like anime, manga, Ball-jointed dolls, cats, and vegetarian sushi. :3 I love pickled radish rolls!! I'm also a freelance artist for manga-style art.
Top

Welcome to the boards!

Bienvenido! Always good to have some fresh blood around here. Mmm.
Top

Ghaleon is and always will be, AWESOME!!

Welcome welcome! I hope you enjoy your time here! 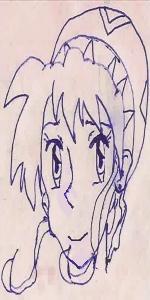 A true gamer plays all!
Top

Thanks for the welcome, guys!
And thanks Dark_Fairy for the cookie!! *om nom nom*
Top
Post Reply
10 posts • Page 1 of 1

Users browsing this forum: No registered users and 9 guests