New users, post your introduction to the forums here here!
Posters leaving for or returning after an extended period of time, feel free to post here as well!
Post Reply
2 posts • Page 1 of 1 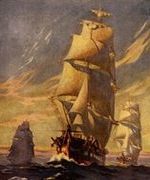 I’m new here and I’d like to say hi and introduce myself.

I live in NY and work as a programmer. I enjoy reading, playing video games, doing outdoor stuff like hiking, and DSLR photography.

Some time back in the early 2000s (don’t remember exactly when) I saw a full page ad for EBC in a video game magazine. That beautiful art is what caught my eye. Also that tagline: “In the darkest hour, hope springs eternal.”

Something about that ad that spoke to me. I can’t explain why, I thought it was the coolest thing.

There are other games and comics and stuff that look like Lunar but none have had the same impact on me as that dumb ad! I even cut it out of the magazine and saved it.

The crazy thing is I didn’t even have a chance to play the game! Over the years I looked on eBay for the two PlayStation games but they we’re always so expensive and I ended up forgetting about them.

Last year I saw that SSS was released on iOS. I stopped what I was doing and bought it. It was really strange playing it for the first time on my phone after so many years of waiting.

For an old game it holds up really well. That’s because the characters are so likable. I found myself playing it for hours just to see what happens next to them. Haven’t felt that way in a video game for a long time. No wonder these games have such a strong fan base. Now I’m hooked and looking for a way to play Eternal Blue.

Anyway, thanks for letting me share my Lunar story. Looking forward to getting to know you all and participating here as much as I can.
Top

Re: New guy checking in…

Welcome! It's gratifying to hear that the game lived up to your expectations after all these years. I also remember looking at those WD magazine ads and thinking about how wonderful the games must be.