Gaming news that have your attention!

Your general gaming entertainment thread.
From Mario to Sonic, Zelda to Final Fantasy. Talk about it here.
Post Reply
3 posts • Page 1 of 1

Gaming news that have your attention!

Is there a thread for this? Sorry if there is

Anyways, I'll start. And will probably post to this thread more in the future with other news as they happen instead of making new a thread every time.

GungHo Comments on Possibility of Returning to Lunar and Grandia Series
http://www.dualshockers.com/gungho-comm ... ia-series/

GungHo Online Entertainment has a Switch action game for all ages in development
http://gematsu.com/2017/06/gungho-onlin ... evelopment

So sad, a new Lunar game is even more difficult to make, but to be honest, I could live off of remakes of 1, 2 and Gaiden.
It takes genius to remake a game, but not as much as creating a new one!!

Personally I'd stop everything I'm doing just to make a game that gets Lunar back on its feet before I even think of creating new IPs...

For as long as Gung Ho keeps Lunar in the dark with its releases and doesn't try to be loud and spectacular as a game on E3 would try to be, Lunar will remain underappreciated. I mean, look at Shenmue 3's reveal 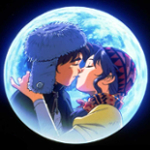 Re: Gaming news that have your attention!

I'd like to see a remake of Lunar 1 and 2 on the Switch, that'll be the first reason to buy one! At least for me

Re: Gaming news that have your attention!

Nonononoki wrote:I'd like to see a remake of Lunar 1 and 2 on the Switch, that'll be the first reason to buy one! At least for me

I just imagined me licking a Lunar cartridge on Switch to see what it tastes like. Imagine they make a special edition with taste of Lunar soil.
Top
Post Reply
3 posts • Page 1 of 1