What are you currently reading?

What are you currently reading?

I'm reading The Zombie Survival Guide: Complete Protection From the Living Dead by Max Brooks, son of Mel Brooks. It's a pretty good book so far. I want to be prepared haha.
Top

No, seriously, I'm finishing the last week or two of school, and working on a huge project for my senior class, so those two books have been prominently sitting on my computer desk for the past 2 weeks. So my reading time is nil at th emoment. But recently I've been enjoying a book series called the A.D. Chronicles that's a fictional account of the time of Christ on earth. But each book is told from the perspective of a handicapped person. The first is a young blind teenager, the second is a young girl with leprosy, and I haven't read the third yet. It's really good though, how they bring in and out people from the New Testament, but the stories are completely fictional, making it a great read. Can't wait to get to the third one once school is out.
Top

The Dragon and the Unicorn by A. A. Attanasio

It's about legends and is an extremely hard read, but if you're in to legends and you liked The Simarlion (sp maybe) by J.R.R. Tolkien you'll have no trouble. I'm about to pick it back up again, I had to stop reading it when school started...I got too busy and if I can't read at least a chapter a day in a book I get agitated.

and I finally finished reading (while reading the two above at the same time)....

Xanth: The Source of Magic

It's pretty rare that I can participate in these threads, because usually if I start reading a book I finish it before going online or anything. But this massive, dictionary-sized tome is big even for me.

Too bad the annotations are all things I don't care about instead of things I do.

Edit: ha, that was one of the good Xanths. I liked the series through about the first eight or nine, then read the next eight or so out of stubbornness before finally giving up entirely. But the first three were probably the best.

As usual, I'm reading quite a few books at once:

Since I started playing WoW I've become interested in the story behind the Warcraft games. So I'm currently reading "Warcraft War of the Ancients: The Well of Eternity".
Top

Enjoy. The Sherlock Holmes stories are almost without exception great.


Indeed. I've read nearly all of them in the past, missing only the last few that Conan Doyle wrote, but it's been a good 18 years since I read my first. After all this time I find I both get more out of some details and am more likely to find flaws in storytelling.

Monstrous Regiment was also a favorite of mine, which perhaps will not surprise many people who know me.

I've been reading Arthur C. Clarke's The Songs of Distant Earth. Also been occasionally looking at Isaac Asimov's Only a Trillion (about 50 years out of date, but still hilarious despite and because of it) and Henry James's Dubliners.
Top

I've been doing a lot of reading for a final paper for my advanced composition class on U.S.-Japan relations for the last 50 years.
"U.S.-Japan Relations in a Changing World"
"Leaving Japan" by Mike Millard
"Japan's New Economy"
"The Japanese Economy"
When I get done with this semester in about 3 weeks, I'll hopefully be able to start "Survivor" by Chuck Palahniuk. I got it back in January but haven't been able to sit down and read it since I was already reading "Diary."
Top

I usually read books in a day or two (three or four if it's a monster) so it's rare to catch me in the middle of one, so I'll just say what I've read most recently:

Medical science fiction that's part mystery, part Star Trek (but without phasers and without the Prime Directive). Actually, the series this belongs to pre-dates Star Trek, but there's a quite a bit in common like a Federation and universal translators. I like it because the doctors get to be the heroes. ^_^

My guilty pleasure--reading D&D novels. This one's based in the Forgotten Realms and deals with one of my favorite D&D monsters (the yuan-ti) so it was a shoe-in as long as it's halfway decent, which is was. I really like the narrative trick the author uses. The entire story follows a single character and takes place over the span of a week and every time the scene changes the time of day is given. There aren't too many books that use this sort of timer concept, and it really works, especially towards the end of the book when time is running out.

I don't have too much else in my waiting to be read pile right now. I have a couple of old Ursula K. Le Guin books (World of Illusion and City of Exile) and R. A. Salvatore's Siege of Darkness. That's pretty much it.
You have taught us the pity to live.
But I will not forget the beauty of life itself.
--Hyuui Riin, Phantasy Star II
-- http://www.sabrecat.net/ --
Top

I've been reading and re-reading my drafts for my two research papers this year. That's covering about 55 or so pages. KF
~Kizyr

The Dark Tower V: Wolves of the Calla, by Stephen King
"Let man's petty nations tear themselves apart; my land's only borders lie around my heart."

-Tim Rice, from the song "Anthem" in the musical Chess
Top

Edit: ha, that was one of the good Xanths. I liked the series through about the first eight or nine, then read the next eight or so out of stubbornness before finally giving up entirely. But the first three were probably the best.

Yeah, I never heard of the series until me and my uncle where in a small book store (used books). Hey was looking for some like that and decided to introduce me to the series, so he bought that one for christmas for me. Now, I'm decided if I should go ahead and splurg slightly on the first book =)

Post Captain- by Patrick O'Brien(sequel to The Far Side of the World, which is a sequel to Master and Commander).

And ESPN.com all day long.

I've been reading these 2 books: 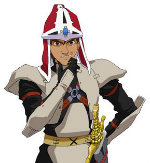 I'm reading "My Life In Action"...Jackie Chan's autobiography, and it's a very fun and interesting book to read, his stories of growing up in an opera school in Hong Kong(not to mention all the other stuff he's done) has kept me entertained for hours, I've read it once a year since it came out in about '98, I think ^^
Top

Well, I am currently reading a collection of Foxtrot comics lol.

The last real thing I read was Toni Morrison's Beloved. It is a very thought provoking read that depicts the life of a slave woman after the civil war ends.
Mega Magic Flame!

I just finished Howl's Moving Castle by Diana Wynne Jones not too long ago!! ^^ It was really good! I CAN'T WAIT FOR MIYAZAKI'S VERSION!!!

:D:D
*Ahem* Yes, well, I'm now reading the 4th book in the Series of Unfortunate Events series...by Lemony Snicket (Daniel Handler)
And I am also reading a fascinating FAQ about the Chrono Cross game. It's a Crono Cross FAQ about the story. I'm still a little confused about the game and its story line, so I thought it would be fun to read this. Basically it's Chrono Cross analyzed and simplified for CC geeks like me to understand. ^^; But it's still really interesting....